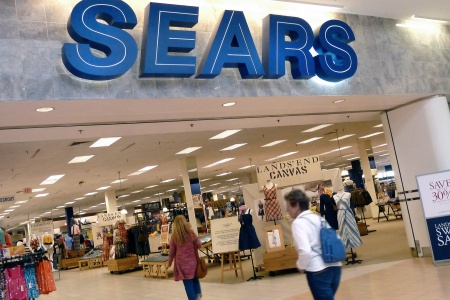 Member-centric retail models are nothing new, though with the success of Costco, Sam’s Club and Amazon Prime, among others, more retailers have tried to put a special focus on membership programs and business practices. Sears has talked for months about working harder to leverage the Shop Your Way rewards program, which has continued to be one of the few bright spots and a big sales driver for the long-struggling retailer. In the first half of this year alone, the Shop Your Way program drive 75% of Sears’ revenue.

The new alignment with Uber, one of the biggest tech sector success stories of the last decade, is a way for Sears to leverage one of its strongest assets, while also bringing even more members and revenue in from a new dynamic channel. Sears has similar relationships with Starbucks, Groupon and other brands, so maybe they’re onto something. Sears’ new Kmart concept store in Illinois also recently launched aconcierge shopping service tied into Shop Your Way, so the parent company clearly is exploring a number of ways to take advantage of and further elevate the program’s value.

As for the tie-in with Sears Auto Centers, the Uber arrangement looks like the latest effort to generate some energy around a portion of Sears that reportedly has not been one of its major sources of revenue, and which Sears was rumored to be interested in selling earlier this year, though no such deal has materialized. There are still more than 600 such auto centers, so perhaps steering the ever-increasing army of Uber drivers toward them for maintenance could generate some new energy and revenue.

The struggles have only continued for Sears, which recently announced the closing of more Kmart stores, and has continued to close its own stores. Building up Shop Your Way is one strategy that could help the company to eventually rebound.