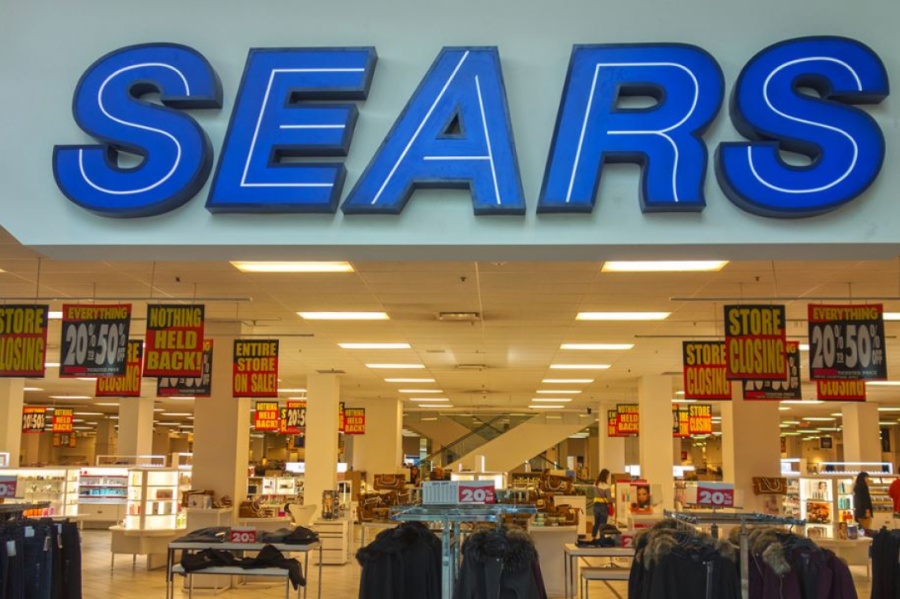 The prospect of Sears Holding Corp.’s imminent bankruptcy threatens to widen the gap between the more successful shopping centers and the struggling ones.

Mall owners with trendy retailers, lively restaurants and other forms of popular entertainment have continued to prosper. Many of these landlords would welcome Sears’ departure, mall owners and analysts said. The department store’s exit would allow them to take over a big-box space and lease it to a more profitable tenant.

In malls where leases were signed decades ago, Sears rents could be as low as $4 a square foot. New tenants in the same space could bring as much as six times that amount.

But for mall landlords in more economically depressed areas, where there is often still a glut of run-of-the-mill retail and much of the former foot traffic has migrated to online shopping, the loss of Sears as anchor tenant could be troubling. The brand still attracts some consumers, and many owners would be hard-pressed to find another large tenant to take Sears’ place.

Several other department stores, like J.C. Penney Co. and Macy’s Inc., have been closing weaker locations and aren’t eager to lease space in floundering malls, while a number of other chains, like Toys ’R’ Us Inc. and Bon-Ton Stores , that once occupied big-box spaces are out of business.

Either way, mall owners seem prepared for Sears to go. Sears has hired M-III Partners, a boutique advisory firm, to prepare a bankruptcy filing. The company, which had 866 Sears and Kmart stores as of Aug. 4, has been unprofitable for seven straight years and has closed hundreds of locations.

Some of Sears’ biggest lenders are pushing for the troubled retailer to liquidate rather than try to reorganize through the bankruptcy process, The Wall Street Journal reported on Thursday. Yet even if the department store and its controlling shareholder and Chief Executive Edward Lampert pursue a restructuring plan to keep the brand alive, that could still lead to hundreds of Sears stores closing.

Many property owners have anticipated this kind of shake-up and have already made contingency plans for their Sears department stores, auto centers and Kmart stores, which are also owned by the holding company.

In Yonkers, N.Y., the owner of Cross County Shopping Center, which has leased a three-story, 250,000-square-foot building to Sears for about 40 years, doesn’t see its exit as cause for concern.

The center is currently 98% leased and sees a healthy amount of foot traffic, said Craig Deitelzweig, chief executive officer of Marx Realty, which owns the open-air center with Benenson Capital.

For some hard-hit malls, Sears’ exit wouldn’t even be the first department store to fail this year. The Chicago Ridge Mall lost its Carson’s store after the chain’s parent, Bon-Ton, filed for bankruptcy and new owners liquidated all 267 stores. The shopping center also has a Sears.

Simon Property Group , the biggest shopping mall owner in the U.S. and the one with the most Sears, said it has 43 Sears at its malls. Washington Prime Group has 42 stores, according to data from Wells Fargo Securities and SNL REIT Datasource. Washington Prime is managing its Sears exposure and has redevelopment plans for a number of the stores, a spokeswoman for the company said. CBL & Associates started the year with 40 stores, but said it expects to be at 28 by the year-end.

But in each case, rent from Sears represents less than 1% of these mall owners’ overall revenue, according to Wells Fargo Securities and SNL. This helps mitigate some of the financial impact, but a Sears departure could still have a negative impact.

For instance, if the landlord is unable to find a replacement tenant, a so-called cotenancy clause would allow other mall tenants to seek rent reductions or lease terminations.

A Sears liquidation would also pose problems for holders of debt that is backed by malls where the retailer operates. More than $10.6 billion worth of outstanding loans that were converted into commercial-mortgage-backed securities are retail properties that count a Sears or Kmart store among their top five tenants, according to data firm Trepp LLC

The lower the quality of the mall, the higher the risk, according to a Trepp report issued Thursday. Still, a liquidation “would not be the death knell” for all these malls, partly because many of the poorest-performing Sears stores have already been closed.