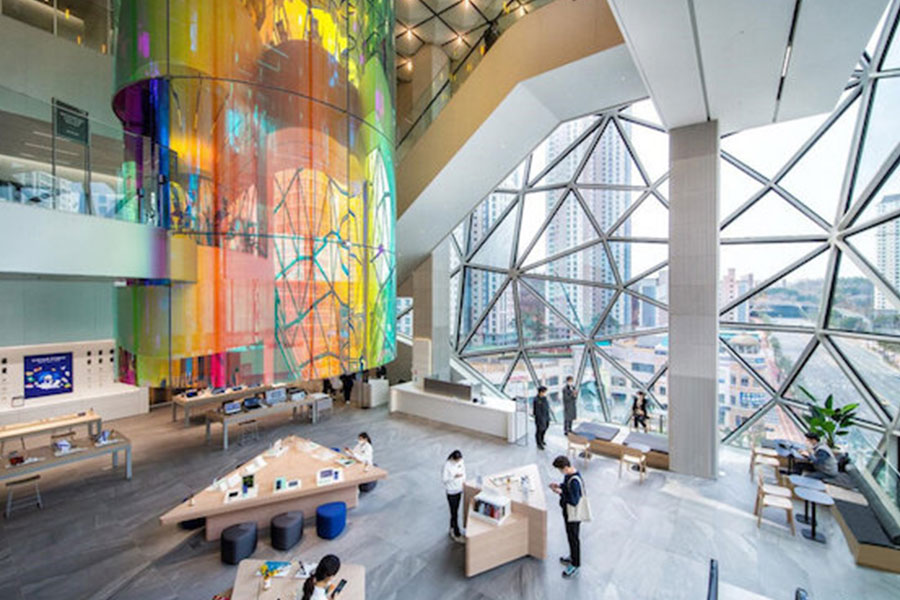 Located inside The Galleria, the eyebrow-raising store just outside Seoul (Newstores 31.03.20), the new Samsung concept store, dubbed ‘Infinity’ is a very large shop-within-a-shop, spread over four floors and with a 4,0000 sq m selling area.

Were this a standalone it would be a very substantial undertaking and given the scale, Samsung has had room to incorporate features which set this one apart. Prime among these is the ‘Infiniti Tower’, a three storey high iridescent sculpture located in an atrium at the heart of the store.

As perhaps might be expected, this is intended to be an experiential store and certainly it is helped in this ambition by the architecture of the Galleria. This means that the central room that houses the Infiniti Tower has, at one end, a massive tesselated window meaning, in effect, that one wall is entirely glazed and making natural daylight a given in this interior.

There is a sense that this is perhaps another Samsung vanity shop, a little like the global flagship in Coal Drop’s Yard, in London’s Kings Cross. But like that project this will find favour with most visitors.