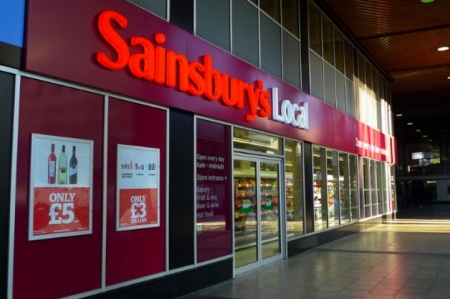 As the spotlight on reducing consumer food waste intensified this week, Sainsbury’s director of corporate affairs Louise Evans has revealed that the supermarket has seen a surge in applications from town and cities to take part in its campaign to tackle household food waste.

The supermarket chain announced a £1m fund for the second phase of its ‘waste less, save more’ (WLSM) strategy in November after a successful trial in the Derbyshire town of Swadlincote.

And as the pilot scheme approaches its first anniversary, the supermarket confirmed on Wednesday (18 January) that the number of towns and cities that have applied to join the campaign has risen to 146 in recent weeks.

The new figure was revealed at a parliamentary hearing by Evans who, along with counterparts from supermarket giants Tesco, Morrisons and Waitrose, faced scrutiny from the the Environmental, Food and Rural Affairs (Efra) Committee on the role of retailers in reducing household food waste.

The initial Swadlincote WLSM project included low-investment solutions involve running community events, school programmes and even introducing technologies into households. Applicants are encouraged to apply for the scheme, which provides businesses and homes with advice for cutting down on food waste.

According to WRAP statistics, UK households continue to throw away more than seven million tonnes of food each year, costing an average of around £700 per household. Despite the recent achievements of the signatories to WRAP’s Courtauld agreement – which includes the big four supermarkets – to significantly reduce waste levels across the retail and manufacturing sectors, household food waste has in fact risen by 0.3 million tonnes in three years.

Retailers have attempted to alleviate this growing concern in various ways; Sainsbury’s, for example, has scrapped multi-buy promotions across its food retail outlets, and replaced those offers with a lower price structure.

But the ongoing discount culture among Britain’s retailers – particularly online – faced further criticism on Wednesday from the Efra Committee members, who accused the supermarkets of encouraging customers to spend more through promotional offers that continue to be offered through their websites.

At one point during the discussion, a Committee member pointed to a number of specific volume-based offers that were allegedly appearing on the Sainsbury’s website as an example of a general lack of progress on tackling the issue. However, a spokesperson for Sainsbury’s later told edie that the particular offers that the Committee had drawn attention to were not in fact being offered by the supermarket.

Also present at the hearing was Tim Smith, group quality director at Tesco another supermarket that has moved away from buy-one-get-one-free deals in favour of price cuts on single items.

Later in the discussion, the supermarket representatives were asked about the “misleading” nature of food package labelling such as ‘best-before’ and ‘use-by’ dates – which are estimated to create an estimated £1m worth of unnecessary household waste each year in the UK. The issue has been highlighted by food waste campaigners Hugh Fearnley Whittingstall and Tristram Stuart, who in a recent appearance before the committee, called for the removal of such labelling on a range of food products.

While the respondents collectively agreed on Wednesday that use-by labelling was both an essential quality indicator and legal requirement, the general consensus was that steps could be taken to simplify the system.