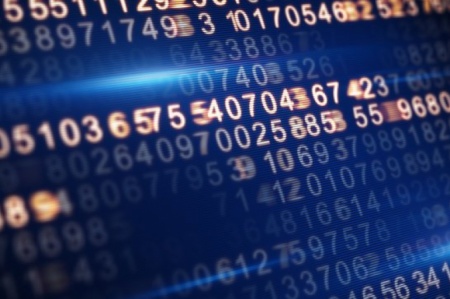 New technologies continue to reshape retail in interesting and unexpected ways. For example, the phrase “conversational commerce” was fairly unknown in retail entering 2016, but throughout last year, the sector took major steps into the conversational commerce era with new solutions using artificial intelligence and chatbots to interact with customers.

Retailers are already making significant investments in tech, of course: Wal-Mart alone spent more than $10.5 billion on IT in 2015, topping the list of the world’s biggest technology spenders. Even so, many retailers are scrambling to meet the expectations and demands of an increasingly digital customer base.

So, what will 2017 bring? What technologies are likely to influence how retailers interact with their customers and manage their operations? Here are five technologies we think will be worth watching throughout the rest of 2017.

It may seem strange to start off the list with robotics, because the reality is that robotics technologies have become fairly commonplace in the retail sector — or at least in the supply chain. Several retailers and other brands are making this migration, though it has been led for some time by Amazon, which now has around 45,000 robots working in warehouses and other aspects of supply and logistics.

There will be even more of that happening in 2017. Hudson’s Bay Company, for example, recently committed to expand its use of a robotic fulfillment system. But this year, we are bound to see use of robots in retail expand beyond the supply chain, and perhaps into aisles and checkout counters of brick-and-mortar stores, and maybe even into home delivery.

Lowe’s already is in the midst of rolling out a customer-helping robot into the aisles of 11 stores in the San Francisco Bay Area. The retailer’s Lowe’s Innovation Labs unit worked with Silicon Valley start-up Fellow Robots on the LoweBot.

Much has been made of the potential for robots to take over human jobs, but Fellow Robots CEO Marco Mascorro suggested last August that while LoweBot (also described by Fellow Robots as a NAVii autonomous retail service robot) could help customers, it also could help human store employees do their jobs more effectively.

A number of retailers already have experimented with robotic devices in their stores, so you can bet they all will be following the LoweBot’s progress closely. If LoweBot’s a hit, we will start seeing a lot more robots in store aisles.

For a while there, it looked like 2016 would be the year that drone delivery was ready for takeoff. Then the feds cast some doubt over the whole sector by saying they might not get around to finalizing regulations governing drone delivery for another few years. So, why is there reason to stay excited about drone delivery in 2017?

For one, companies continue to advance their drone delivery projects, and some may even be ready to edge their way out of the lab, and expand into larger pilot programs. Flirtey and 7-Eleven already have taken a step in that direction, making several dozen drone deliveries in the Reno, NV area in November.

While Amazon, once the lead dog of the drone delivery movement, hasn’t gotten quite that far, the company completed its first successful drone delivery in the U.K. in late 2016. Amazon continues to be active on the drone delivery front by filing for and earning patents. Its most recent patent award was for an airborne fulfillment blimp, a find made by CB Insights Tech Analyst Zoe Leavitt.

It’s not clear how Amazon will follow up its U.K. test and patent activity. It has not had positive comments of U.S. regulatory efforts in the past, but it would come as no surprise to see Amazon talk the Federal Aviation Administration into letting it conduct a larger, controlled trial somewhere in the U.S. this year.

After a difficult couple of years, adoption and use of EMV chip cards and payment terminals began to take off in 2016. But, no sooner did the industry see progress using EMV to fight in-store fraud than it realized it has a much bigger and broader security problem on its hands — e-commerce fraud.

Late in 2016, the sector saw a couple of payments companies — MasterCard and Stripe — begin to address the issue with new anti-fraud tools that leverage artificial intelligence machine learnings capabilities to identify fraud signals and patterns, and potentially predict fraud before it happens.

Throughout 2017, expect to see more payment companies using AI capabilities to fight fraud, as well as using other methods — including tokenization agreements — to mitigate vulnerabilities as they show merchants they are taking steps to battle e-commerce fraud.

However, retailers have to do their part, too. Expect a greater focus by retailer IT departments on developments or partnerships (with the likes of Akamai, for example) to protect their websites and other operations from malicious hackers and other cybersecurity threats. As Experian pointed out last year, the growing threat of e-commerce fraud comes as e-commerce itself continues to boom. There is more at stake than ever.

If you’re a retailer and not yet sure what, if anything, your organization is doing with either or both of these technologies, don’t panic just yet. The relationship between the two technologies is itself very thorny and difficult to understand, though blockchain may have more imminent application in retail supply chain and ecosystem applications.

Blockchain is essentially a shared ledgering technology that allow companies and their partners to accurately manage and track complex digital transactions, as well as securely store the digital values or objects involved in those transactions. Wal-Mart is one of the first retailers to plan an international implementation of blockchain as it looks to impose better tracking of its pork and produce transactions in China.

More retailers, especially the largest international ones, may be ready to use blockchain for similar applications, though doing so requires an embrace of digital economy principles that may still be a stretch for some.

The future of digital currency bitcoin is a bit harder to predict. Blockchain is the underlying ledger technology for Bitcoin, though most retailers have let to allow their customer to buy things using bitcoin. Overstock famously became the first company in the space to accept bitcoin two years ago this month, but bitcoin value continues to be extremely volatile, and retailers still don’t seem that interested in accepting it from individual customers, even with companies like Stripe, PayPal and Square moving early to support bitcoin payment processing. But if blockchains suddenly pop up more often in retail, maybe bitcoin won’t be far behind.

If you made the acquaintance of Siri, Alexa or Cortana, then you know this is not a new trend, but one that will have much greater impact this year than ever before. Our lives and our shopping activities are about to be overrun with virtual — or as some say, digital — assistants.

Assistants from Apple, Amazon, Microsoft and IBM are already among us, but there are more to come in 2017 from Nokia and Samsung, among others. Never to be outdone, Google’s plainly-named Assistant, announced last year, is expected to gain new capabilities throughout the year as Google looks to challenge Amazon in this space.

Apple’s Siri may have initiated the era of digital assistants, but Amazon has taken it further by giving its Alexa virtual assistant more to do than just answer questions. Alexa has brought us to a point where refrigerators can order groceries for us. Amazon’s leadership in this area has drawn global brands like LG to produce appliances enabled with Amazon’s technology, and we are likely to see many similar announcements throughout the year.

Shiseido Bought a Makeup App That Scans Your Skin