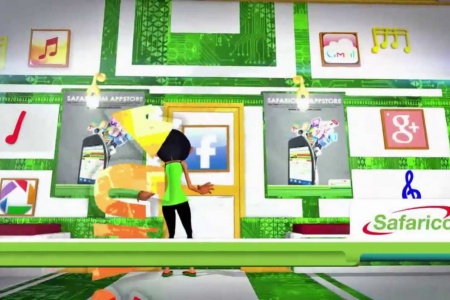 Known as Masoko, Swahili for markets, it will offer products ranging from electronics to beverages and cosmetics, and provide a tool for people currently buying and selling goods on social-media platforms such as Facebook, Director of Enterprise Business Rita Okuthe said in an interview. The portal is currently undergoing in-house testing, Safaricom Chief Executive Officer Bob Collymore said.

Safaricom is carefully screening all the merchants before giving them access to the platform. Okuthe said the goal was to become “a little bit more” than an African equivalent of Amazon.com Inc.’s Marketplace.

Safaricom is looking for ways to build on the success of M-Pesa, its mobile-phone money transfer service that dominates the Kenyan economy and is used by subscribers to pay for everything from utility bills to groceries and gasoline. The company accounts for 75 percent of the country’s 40.6 million Internet users, while M-Pesa handled 432.5 billion shillings ($4.2 billion) of mobile commerce transactions in the first quarter, more than half the total 627.5 billion shillings ($6.04 billion), according to data published by the industry regulator.

Safaricom, based in Kenya’s capital, Nairobi, is mulling partnerships with logistics companies and could use global positioning systems to make deliveries in the absence of a national addressing system, Okuthe said. It’s aiming to cut delivery times from the current 72-96 hours, she said.

The platform could potentially be used by services including Africa Internet Group’s Jumia, Kilimall International and OLX, a unit of Johannesburg-listed Naspers Ltd. in the first phase of operations, according to Okuthe.

“If you look at Facebook and Instagram, there’s a lot of online/offline selling that happens and one of the reasons why they’re popular in Kenya is because small-scale, middle-scale merchants use it as a sales tool,” Okuthe said. “What we are going to be doing is formalizing that. At least five in 10 Kenyans have bought something they first saw online.”

The company will work with manufacturers and farmers looking for direct market access and reduce supply-chain inefficiencies including transportation costs and poor infrastructure, Okuthe said.

M-Pesa will be among a number of payment methods including other online wallet services and cards by Visa Inc. and Mastercard Inc. Safaricom plans to roll out Masoko by the end of March, and later expand the platform beyond Kenya, Okuthe said, without specifying what other markets the company is considering.