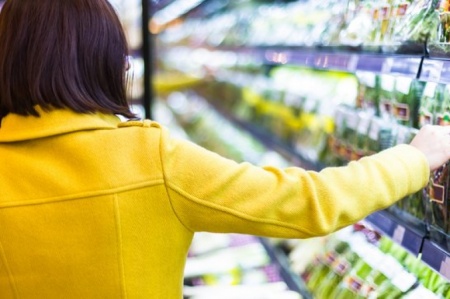 Despite healthy measures of consumer confidence in June, shoppers are keeping their money in their pockets. “Consumers still seem tentative,” Dan North, chief economist at trade insurance company Euler Hermes North America said in a note emailed to Retail Dive. North added that weak wage growth of 2.5% is tempering consumption and that despite a 0.5% rise in disposable income in May, consumption rose just 0.1%.

Still, the subdued results include signs of expansion that bode well for retail, according to GlobalData Retail Managing Director Neil Saunders. Lower fuel prices, for example, are factored into the retail sales dip, but they help struggling households spend more money elsewhere, Saunders said in a note emailed to Retail Dive.

Apparel sales remain tepid, and that’s unlikely to change as the year progress, he said, adding to department store woes. “[D]epartment stores were the main loser this month. Among this group, sales were down by 4.2%, and our data suggest that this is mostly the result of a combination of lower traffic and continued heavy discounting. In our view, the spiral of decline at department stores looks set to continue,” he said.

The bad news for retailers is that prices will continue to be under pressure, according to Saunders. “[I]t is clear that retailers are working hard to attract shoppers with many resorting to discounting to stimulate buying,” he said. “While this is good news for consumers, it is bad news for margins and will dampen growth levels. Such a dynamic may be exacerbated by further bankruptcies in the sector and the consequent stock liquidations that follow.”

Indeed, the turmoil in retail is spilling onto Wall Street, as traders abandon the stocks of department stores like Macy’s, Nordstrom and Kohl’s and mass merchants including Target, as noted in a report Thursday from the Wall Street Journal. The specter of Amazon is throwing shade on traditional brick-and-mortar focused retailers, and the Commerce Department’s steady reports on e-commerce sales increases each month, including in its June report released Friday, are helping fuel that.

Target led a small rebound on Thursday when it lifted guidance for sales and earnings in the second quarter. Cowen and Co. analyst Oliver Chen recognized Target’s new momentum, but said in a note emailed to Retail Dive Thursday, “[W]e do continue to see [Target] as a work in progress – as updates in product, promotional strategies, fundamental changes in food, and marketing programs will continue to need to make progress to drive sustainable positive comps. A battle vs. [Walmart] and [Amazon] persists.”

But it’s Walmart garnering positive reviews from analysts, thanks to its ambitious e-commerce agenda. “We continue to favor [Walmart] given our view the retailer is better positioned than [Target] in the battle vs [Amazon], although do acknowledge recent momentum at [Target].” Similarly, Goldman Sachs analysts raised their rating for Walmart from “neutral” to “buy,” saying that the retail giant is “as well positioned as any mass market retailer in an admittedly imperfect world for mass market retailers” and can “sidestep the [Amazon] juggernaut,” according to CNBC.

But the Amazon effect, and even Walmart’s concerted efforts to fight it, is a factor in what remains a small slice of retail. Despite robust growth, e-commerce still only accounts for “well below 10% of the huge overall retail market,” which has been growing at the “same healthy 4% [or so] annual rate we have seen over the last 30 years,” according to retail analyst Nick Egelanian, president of retail development consultants SiteWorks International. Plus, “when shipping costs are fully allocated to the consumer some time in the future, we will see the rate of internet sales growth sharply decline,” he said in an email to Retail Dive earlier this year.

“We believe that there is mounting anecdotal evidence that a large percentage of e-commerce [sales] are actually additive to overall retail sales, as opposed to coming directly from brick and mortar stores,” he said. “Looking deeper into these numbers, we note [for example] that the ‘wholesale’ pure retail portion of Amazon’s overall business accounts for only about 1% of total retail sales and is not a significant driver of the brick and mortar consolidation we are now seeing.”