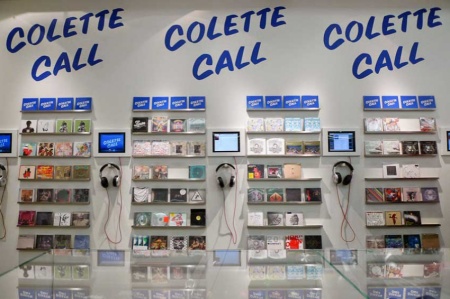 It’s a hard time for retailers. Though several companies held on by experimenting with new strategies and investing in technology, others weren’t so lucky. The rise of e-commerce, increased competition from direct-to-consumer brands and dwindling foot traffic has caused store closures, liquidations and bankruptcies. Here are some retailers we bid adieu to this year:

Alfred Angelo
Bridal boutique Alfred Angelo upset the wedding industrial complex this year when it shuttered 60 of its stores in July without warning, leaving anxious brides high and dry. The brand officially filed for bankruptcy two days later as frantic consumers tried to contact the company to ensure orders would be fulfilled. Many took to social media to complain when the company failed to respond. Alfred Angelo ultimately conceded that it didn’t have the resources to deliver the remaining dresses.

American Apparel
After two bankruptcies and a dropped acquisition by Gildan Activewear, American Apparel called it quits in early 2017, the culmination of years mired in controversy. The company reported a net loss of $384 million over the past five years, citing difficulties maintaining the cost of domestic production and labor expenditures. Adding to American Apparel’s fall was its marketing campaigns featuring scantily clad models in compromising positions and claims of sexual assault and harassment against former CEO and founder Dov Charney. After Gildan Activewear dropped its acquisition plan, American Apparel began laying off staff in January and launched a nationwide liquidation in advance of gutting its storefronts.

BCBG
Strained by dwindling mall foot traffic, BCBG announced it was filing for bankruptcy in March with plans to close 120 stores across the U.S. The Los Angeles-based brand reported it had debt and liabilities as high as $500 million across its BCBGMazAzria, BCBGeneration, BCBG Factory and Herve Leger stores. In the end, BCBG was jointly acquired by Global Brands Group and Marquee Brands, the former of which played a significant role in rebuilding another beleaguered mall outlet, Aeropostale. With the help of its new parent companies, BCBG executives said they plan to focus on improving remaining stores by focusing on digital growth and new partners.

Colette
Beloved French boutique Colette announced it will close at the end of the year after 20 years as an arbiter of style in Paris. Colette Rossaux, the founder of Colette, was credited with putting designers like Proenza Schouler and Rodarte on the map by stocking their early collections. In its announcement, the company said Rossaux decided she was ready to move on, along with her daughter Sarah Andelman, who been at the helm of the store for the past several years.

Nasty Gal
In response to ongoing financial challenges, staff cuts and discrimination lawsuits, Nasty Gal founder Sophia Amoruso said goodbye to her e-commerce empire in February when Boohoo purchased it for $20 million. Nasty Gal launched to much fanfare when Amoruso founded the site in 2008, but it couldn’t overcome its challenges. Amid sluggish sales, Amoruso let go of 10 percent of her employees in 2014 and another 10 percent in 2016 — just after she stepped down as CEO to assume an executive chairwoman position.

Adding fuel to the fire were two lawsuits made against the company — one for allegedly firing three pregnant employees and a male employee who was planning to take paternity leave and another for allegedly letting go of an employee after a heart transplant. Despite the loss of Nasty Gal, Amoruso has stayed busy. She published her second book “Nasty Galaxy” before filing for bankruptcy and has since launched her own media company, Girlboss Media.

Kit and Ace
Facing increased competition from activewear startups and direct-to-consumer brands like Outdoor Voices, Lululemon put Kit and Ace on the chopping block. In April, Lululemon-owned Kit and Ace announced it would close all its stores in the U.S., U.K. and Australia and lay off employees at its Vancouver headquarters. Within two years of its launch in 2014, Kit and Ace had 61 stores in five countries and 700 employees, but sales weren’t enough to support its growth. “We recognize the traditional world of bricks-and-mortar retailing is changing, which is why we’re shifting strategies,” Lululemon CEO Chip Wilson said in a statement.

Payless ShoeSource
Saddled with heavy debt, discount footwear company Payless ShoeSource filed for bankruptcy in April and subsequently closed 700 stores in just a few months. Though its brick-and-mortar downsizing effectively cut $435 million from its debt, the impact of the closures was wide-reaching, with stores shuttering across the U.S, Canada, Asia, Central America and South America. However, as USA Today reported, Payless has been among the most successful at following through with completing its bankruptcy restructuring process. “We have accomplished our goals of strengthening our balance sheet and restructuring our debt load, positioning Payless to create substantial value for our stakeholders and achieve long-term success,” CEO Paul Jones said in a statement.

The Limited
It was a tumultuous year for The Limited, which just recently received a resurrection of sorts after announcing in early 2017 that it was closing all 250 of its stores and cutting 4,000 jobs. The brand — owned by Sun Capital Partners after L Brands (formerly The Limited Company) relinquished its namesake company in 2013 — had been struggling for several quarters, spurring executive turmoil like the departure of interim CEO John Buell in December 2016. Now the company is relaunching as a licensed brand under under Belk, a department store chain in the southern United States. While Belk executives said the plan is to retain The Limited’s aesthetic, a new staff is running the brand and there are no plans to re-open it as a standalone store.

Wet Seal
Teen retailers like Aeropostale and Abercrombie and Fitch have been hit particularly hard in recent years, but Wet Seal fared among the worst of its mall brand peers. Though the brand was striving for a turnaround after filing for Chapter 11 bankruptcy protection in 2015 — subsequently closing two thirds of its stores and firing 3,700 employees — the retail apocalypse proved to be too menacing. As the brand continued to lose shoppers to fast fashion retailers like Forever21 and H&M, in January it announced it would close its remaining stores and leave American malls for good.

How China’s luxury e-commerce market will evolve in 2018 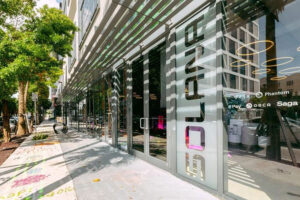