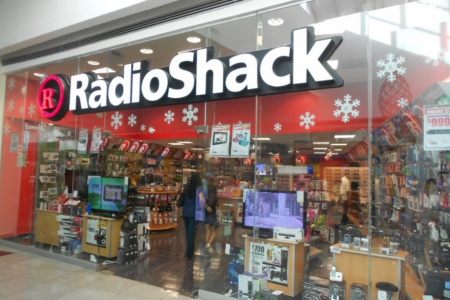 Approximately 200 RadioShack stores will close, and General
Wireless said it is evaluating options on the remaining 1,300 locations.

RadioShack is reportedly in talks with wireless operator partner Sprint (which helps run about a third of its brick-and-mortar operations in co-branded stores) to evaluate its options and help preserve jobs after laying off dozens of employees at its Dallas/Fort Worth headquarters in recent weeks.

When Dene Rogers first took the reins as RadioShack CEO last April, he promised a new business model for the once-iconic tech retailer: In an era when far fewer hardware nerds build their own PCs and stereo systems, Rogers touted a new focus on omnichannel retail and e-commerce, expressing hopes the company could capitalize on its previous name recognition and dominance in the electronics space.

In a statement late Wednesday night, Rogers said RadioShack has made progress in stabilizing operations and achieving profitability since emerging from bankruptcy two years ago as a privately owned company. “In 2016, we reduced operating expenses by 23%, while at the same time saw gross profit dollars increase 8%,” Rogers said. “Over the same time, we integrated FedEx pickup/drop-off into 140 RadioShack locations, delivered to customers over 700,000 Hulu login pins and sold more than a million RadioShack private brand headphones and speakers.”

It wasn’t enough. Rogers blames poor performance of mobility sales, especially over recent months, for thwarting further progress. RadioShack also failed to dent the increasing market dominance of Amazon, which has grabbed massive market share in peripherals and batteries. Amazon accounted for a whopping 90% of the $5.6 billion growth in U.S. consumer electronics in 2015 according to a note from Deutsche Bank analysts last year. Rival Best Buy has mostly held its own in the face of that competition, but it continues to struggle with sales, and smaller retailers in the space, including regional player HHGregg (which also filed for bankruptcy this week), have faltered.

RadioShack is loaded up with debt, too, making its turnaround more difficult, though fewer stores will enable the company to operate more efficiently. RadioShack sought to restructure $1 billion in debt in 2015, selling 1,740-plus stores for $26 million to hedge fund Standard General at a bankruptcy auction that was marked by a battle with hedge fund Salus Capital, which had warned against the significant credit bid in that sale.