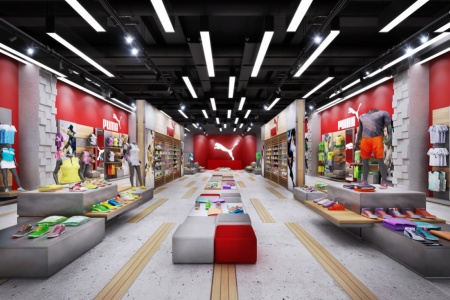 German sportswear brand Puma plans to rejoin the basketball market as it makes a push to grow in the United States and China and bring its profitability closer to that of larger rivals Adidas and Nike.

Puma, which has put a big focus on soccer and running in recent years and makes the bulk of its sales in Europe, has hinted for some time that it was considering returning to major American sports after pulling out of basketball 17 years ago.

Puma said it will partner with athletes and celebrities linked to basketball, noting that basketball shoes still dominate U.S. footwear sales although Nike and Under Armour have been hit by a shift away from basketball performance shoes to more retro styles in the last few years.

Nike has the contract to supply NBA uniforms.

Puma made the announcement as it issued new medium-term targets at a capital markets day.

Puma said it sees “substantial upside” for the brand in the U.S. market, while it expects Greater China – where basketball is also popular – to be its top market by 2022, according to slides prepared for the presentation to investors.

Puma shares jumped 5.5 percent by 1136 GMT, the second biggest German small-cap gainer. The stock had dipped after French parent Kering said in January it would spin off the brand, before rallying on an upbeat 2018 outlook.

Chief Executive Bjorn Gulden has revived Puma’s fortunes over the past five years by sponsoring top soccer teams and partnering with celebrities including singer Rihanna. However, its profitability lags well behind bigger local rival Adidas and market leader Nike.

A focus on the U.S. and Chinese markets should help it boost profits as currently lacks scale in the former, while profit margins are the highest in the sporting goods industry in China.

Shares in Adidas jumped last week after it raised its operating margin target to 11.5 percent for 2020.

Puma expects currency-adjusted consolidated net sales to grow around 10 percent on average per year until 2022 and said it will propose a dividend of between 25 and 35 percent of consolidated net earnings starting in 2019.

It wants sales from its own stores and ecommerce to account for 30 percent of sales in the medium-term, up from 23 percent now, a shift away from wholesale that should also support margins by cutting out the middleman of other retailers.

Sephora beefs up its exclusives with "First at Sephora"