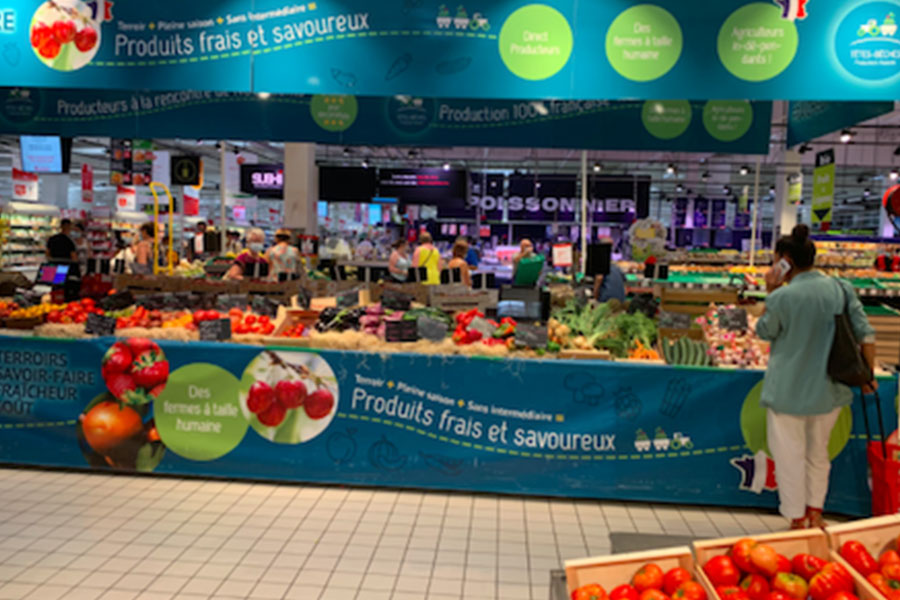 One of the key aims of those charged with making food retail more eco-friendly is the reduction of ‘food miles’, or at least shortening the route from supplier to store. In France, Auchan now has four of what are called ‘Têtes-Bêches’ (Head-Spades – the name is something of a mystery) with the first having actually been trialled in Olivet, to the south of Orleans, in 2018. It is not until this year, however, that it has opted to expand this to three other locations, two in the south and one, inevitably, in Lille, close to the head office.

In each of the stores, the Têtes-Bêches area is semi-discrete and has its own dedicated staff, who will replenish and advise on the products that are on display. And even when individual items that are being sold come from a region that is far-flung from the branch in question, noise is made about the fact that everything on view is from French producers, meaning that the farm-to-store loop is capable of being shortened.

And given that this has something of the Auchan ‘farmers market’ about it (Newstores 03.08.20), the overwhelming bulk of the offer is sold unpackaged, again chiming with the desires of the eco-brigade.