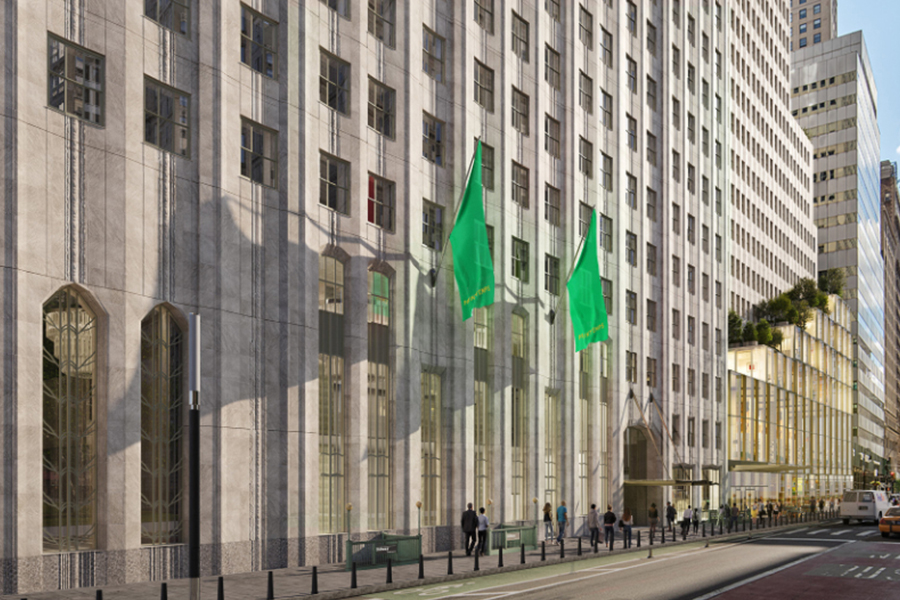 The concept of the global retailer has been pretty much a mixed bag with a wildly uneven success rate. With the exception of the occasional Ikea or Starbucks, many retailing companies have been unable to export their business model outside their home country. And this has worked in pretty much every direction: from Europe and Asia to the United States and in reverse.

Which is why the recent news that fabled French department store Printemps is planning to open its first American store in 2024 in New York City is so intriguing. As one of the three most well-known Parisian department stores – along with Galleries Lafayette and Bon Marche – Printemps has been a mainstay of French retailing since its founding in 1865 and is a must-see for any self-respecting shopper walking the Boulevard Haussmann in Paris.

The American retailing industry has not been kind to foreign brands…at least outside the uber luxury world of Chanel, Hermes, Bottega Veneta, Vuitton, Gucci and their brethren, as well as the curious success of a pair of deep discount grocery chains

Can this latest foreign retail brand fare any better than some of its predecessors? It faces a daunting task – not to mention some discouraging history – in its quest to set up shop in the new world. The American retailing industry has not been kind to foreign brands…at least outside the uber luxury world of Chanel, Hermes, Bottega Veneta, Vuitton, Gucci and their brethren, as well as the curious success of a pair of deep discount grocery chains.

The new Printemps, according to published reports, will be a 54,000-square-foot, two-story store in Manhattan’s Financial District in the landmark Art Deco, One Wall Street building. It will incorporate omnichannel capabilities and will mark the brand’s second expansion beyond its 20 French stores: a Qatar store is scheduled to open next month.

Other than the statement from its president that “We plan to pioneer a new format of experiential retail in this fast-changing and demanding market,” details are scarce on what the new store will carry and how it will be merchandised. Funding should not be an issue as the retailer is owned by a Qatar-based investment firm, no doubt explaining its first international expansion site.

But out of the gate, one has several questions: Why did they pick this location, historic as it may be, in what is far from a traditional retailing neighborhood? Moreover, with the painfully slow return of workers back to their offices, this location would seemingly depend on daytime shoppers from those offices for a significant share of its traffic. And any tourists working the lower Manhattan circuit are shopping for t-shirts and keychains not French couture and $1,000 handbags.

Of course, Lower Manhattan is no longer devoid of better retail. Brookfield Place and the Oculus center in the World Trade Center neighborhood have both attracted national retailers, even if some like Saks have not been successful. And there’s more residential life south of Canal Street than there’s been in over a century so Printemps will clearly be counting on locals to drive some of its business.

As Neiman Marcus found out the hard way at Hudson Yards – and Nordstrom on the Upper West Side – locating larger retailing establishments away from the mainstream shopping neighborhoods makes success that much harder. Perhaps owner Divine Investments is prescient expecting the office population to return in a larger way and more well-heeled tourists from China and Japan to be back in New York City by 2024 enabling Printemps to operate on a more level battlefield. But right now, everything about this move seems a bit odd, don’t you think?

When you consider the overall track record of foreign retailers in establishing beachheads in America, there have been successes (more on that later) but there have also been some relatively high-profile, utter failures. The one that might come to mind for most New Yorkers was the Japanese department store Takashimaya’s foray on Fifth Avenue. Opened in 1993 in a five-story building between 54th and 55th Streets, it was as beautiful a retail establishment as one was likely to see anywhere in the world…including in Tokyo.

With a mix of apparel, accessories, gifts and a ground floor flower shop, it was an elegant, serene, stylish and calming store in which to shop. Both New Yorkers and tourists alike visited it…but you didn’t often see anybody buying anything there. Maybe a precious Asian inspired trinket or a one-of-a-kind bauble, but the beautiful, pricey designer apparel didn’t seem to move off the floors. The store soldiered on for much of the next 15 years, but the 2008-2009 Great Recession was the death knell for Takashimaya and it closed in 2010. The owner of an art gallery who took over one of the floors compared the space to a cathedral, but even prayers wouldn’t have helped this store.

And let’s not forget the late retail legend David Tang who created a global retail brand Shanghai Tang that may have been as much vanity project as retailer but certainly kept its distinct DNA no matter it was located…even if both Tang himself and many of his stores are no longer around.

Many of the failures in overseas retailers operating in America have been in the food space. One of the biggest was the Fresh & Easy chain created by giant U.K. grocery chain Tesco in 2007 as a format of smaller, quicker-service stores, mostly located in the western half of the country. At its peak the chain had some 200 stores, but the reports were that they never made money and by 2013 Tesco dumped the brand, handing it off to a U.S. owner who also couldn’t make a go of it, eventually shutting down the entire operation two years later. Ironically the format of these stores had much in common with the successful Aldi and Lidl chains that arrived in the U.S. not too soon afterwards. More on that later.

In fact, Europeans have a particularly dismal history in the U.S. grocery sector…again, other than Aldi and Lidl. The famed American brand A&P, the biggest supermarket chain in 1965, was acquired by Germany’s Tengelmann before eventually passing through several other hands and eventually shutting down. Northeast chain Kings was owned by Britain’s Marks & Spencer for years before it also got out of the American market.

Exceptions to the Rule

Which is not to say there have not been successes as well. The aforementioned Ikea, from Sweden, has not only successfully brought its giant home furnishings retail format to the U.S. but also to Asia and elsewhere around the world without very little localization other than bedding sizes. Its meatballs have proven to be remarkably international in their appeal.

More recently fast-fashion clothing retailers such as Zara and H&M from Spain and Sweden, respectively, and Uniqlo from Japan have done quite well in America. They have adapted some sizes and colors, but their basic merchandising format is a global model. Muji, another Japanese import on the home furnishings side, has had limited success in the U.S. although more recently it has pulled back from its American expansion.

And then there’s Aldi and Lidl, the loosely related German grocery deep discounters who may end up being the largest foreign based retailers in this country before they are done. Aldi is already about to become the third largest supermarket chain in the U.S. by number of units, aiming for 2,500 locations before not too long. Lidl is not as far along, having given its rival more than a decade headstart, but it too has very ambitious plans for its American expansion.

Their small-store formats, with well-edited assortments focused on private brands, have proven to be quite popular with budget-minded shoppers and represent the most serious competition to the full-line supermarkets of food giants Walmart, Kroger and others.

With some very high-profile failures somewhat balanced by other successes, it begs the question why have some worked and others not? And let’s not forget that U.S. retailers have not been much better at going overseas. Walmart has pulled out of most of the overseas markets it tried to enter and others, like Home Depot and Best Buy, have also retreated. Other than fast fooders like KFC, McDonald’s, Burger King and the ever increasingly ubiquitous Starbucks brand, U.S. general merchandise retailers haven’t fared any better than their foreign counterparts. Bloomingdale’s has two lone outposts in Dubai and Kuwait..

“The big question is why are they doing this?” asks architect Kevin Roche who designed many of LVMH’s retail stores. The retail store designer extraordinaire, who has just completed work on the new La Samaritaine store in Paris and is doing multiple projects for LVMH through his Roche Design Strategy consulting firm, says “The last thing New York needs is another department store, selling things nobody needs. Will they innovate; do the brands they bring mean anything to New York? The best department stores tend to be one of a kind,” he says, like Bon Marche in Paris, KaDeWe in Berlin and Selfridges in London. Roche admits he’s a bit stymied by Printemps plans: “I don’t know what they are thinking.” Maybe it’s just too early to tell.

No matter which direction you’re going, there doesn’t seem to be any magic bullet for retail success away from one’s homeland. The American market is certainly a complex one and what works in New York often doesn’t work in Kansas City or even Chicago as some domestic brands have discovered. And for every failed attempt to adapt the model for local tastes, the global formats of Ikea, Aldi, Zara and others prove that isn’t necessarily the key either.

Roche says you need to make a distinction between upscale lifestyle stores and grocery chains when it comes to exporting business models. Either way, perhaps, as Roche suggests, it all comes down to one of the most basic rules of retailing: “Give the customer something they can’t get anyplace else.” Zara and H&M brought fast fashion to America when it didn’t exist here before. Starbucks introduced lattes to China…but failed in Italy where espresso practically starts at birth. An Ikea store is unlike anything else – anywhere.

Perhaps that’s advice the people working on the U.S. launch of Printemps should be thinking about.

Starbucks and the perils of corporate succession