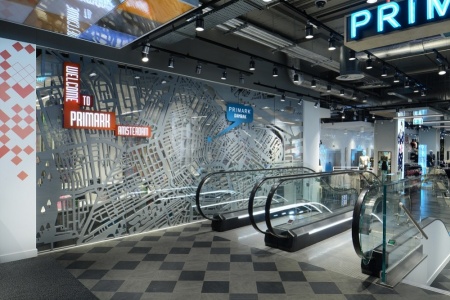 The Primark apparel chain is planning its biggest expansion of store space since 2006 as its low prices continue to draw in shoppers without the help of an online offering.

The retailer aims to open 29 stores in the current fiscal year, mainly outside the U.K, owner Associated British Foods Plc said Wednesday as it reported better-than-expected sales and profits.

Now a staple of Britain’s shopping streets, Primark is taking its budget fashion stores across Europe and into the U.S. The latest expansion plan comes after the business tripled its floorspace to about 13 million square feet (1.2 million square meters) over the last decade. Unlike most clothing retailers, Primark relies entirely on old-fashioned bricks-and-mortar stores and has shunned an e-commerce offering.

Shares of AB Foods rose as much as 4.8 percent early Wednesday, leading gains in the U.K.’s benchmark FTSE 100 stock

The results showed that the company is dealing with pressure on U.K. apparel chains from a fall in the pound since the vote to leave the European Union, which raises the cost of imported clothing, as well as a rise in online shopping and a shift in consumer spending toward experiences. Shares of Primark rival Next Plc have slumped since 2015 and its profit in the 12 months through Jan. 31 fell for the first time in eight years.

AB Foods was bolstered by a 2 percent like-for-like sales increase at Primark stores in the U.K. in the 24 weeks ended March 4, along with gains in the company’s sugar business. Adjusted operating profit in the latter unit rose to 123 million pounds from a restated 3 million pounds a year earlier.

The company said early trading from 16 Primark outlets opened in the first half of the year is ahead of expectations. While the strength of the dollar has hit operating margins by lifting costs of clothing made in Asia and priced in the U.S. currency, Primark is gaining market share in the U.K., it added.