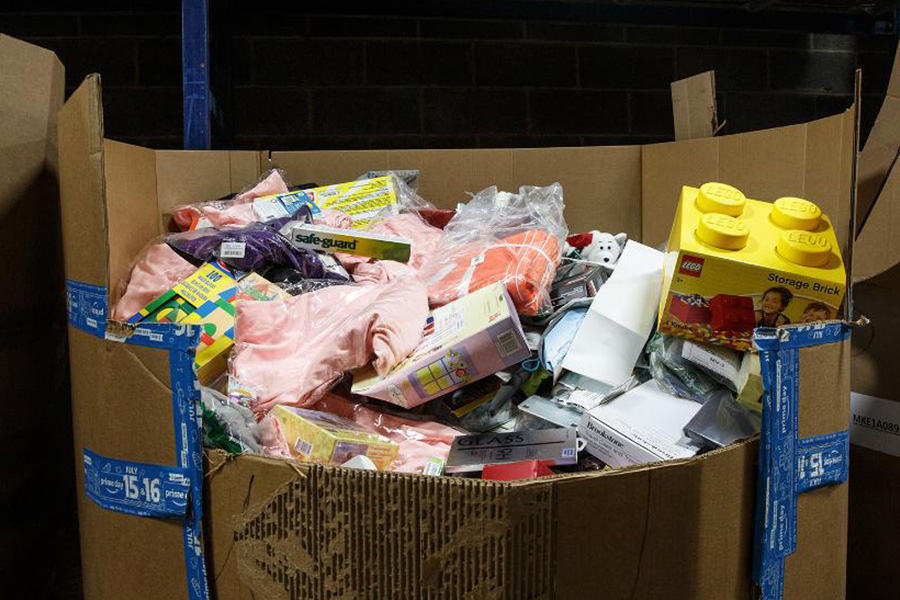 More people are refreshing their wardrobes at department stores again as they head back into restaurants and offices. That’s great news for stores like Macy’s, Nordstrom and Kohl’s— but the comeback is probably fleeting.

Top department store chains say they are benefiting from built-up demand among consumers after a year in which many shoppers stayed away from stores and limited their clothing purchases. Department stores’ recoveries have also been aided by government stimulus payments.
Sales at department stores jumped 202% in April from the same time last year, according to the latest data from Mastercard’s SpendingPulse, which tracks spending through credit card, debit and other payment methods at retailers.
“We’re very excited about what we’re seeing right now with the consumer and what’s going on in the macro environment,” Macy’s (M) CEO Jeffrey Gennette said at an investor conference last month. “We’re definitely seeing benefits from the stimulus package.”
In a sign of Wall Street’s current enthusiasm for department stores, Macy’s (M) stock has rallied 53% this year, Kohl’s (KSS) has gained 45%, and Nordstrom (JWN) has increased 21% this year.
But the bounce back isn’t enough to turn around pre-pandemic trends.
The department store sector has been in decline because of the rise of online shopping and discount clothing chains such as TJMaxx, Ross (ROST) and Burlington (BURL). Target (TGT), Walmart (WMT) and Costco(COST) also boosted their clothing offerings in recent years and hooked shoppers with a wider array of merchandise, say retail analysts.
Department store sales shrunk from $184 billion in sales in 2010 to $135 billion in 2019, according to Census Bureau data. In 2020, they plunged to $114 billion, according to the Census Bureau.
Nearly 1,000 department stores have closed since 2018, said real estate research firm Green Street. The pandemic was the latest blow. Department stores were deemed non-essential retailers and closed their stores to customers as the economy shut down last spring. Foot traffic, which makes up the bulk of sales, collapsed.
The dropoff tipped some department stores that were already struggling — such as Neiman Marcus, J.C. Penney, Lord & Taylor and Stage Stores — into bankruptcy. Others such as Kohl’s, Macy’s and Nordstrom, also took a hit to sales and profits. Despite the recent rebound in April, some retail analysts downplayed the figures because stores were shut down last April. Barbara Kahn, professor of marketing at the Wharton School of Business, said last month’s spike “doesn’t really mean much.”
The future of department stores is up in the air, she said. She expects department stores that anchor lower-tier malls to close in the coming years, but said there is hope for those located in higher-end malls with strong co-tenants.
“It’s going to be incumbent on them to recognize the new realities of shopping and to fundamentally pivot,” she said. “They’re going to have to give you a reason to go into the department stores.
“Amazon, Walmart and Target are not standing still,” she added. “They are becoming in essence the new department stores of 2021.”
Department stores are trying new tactics to survive. Macy’s is expanding its discount arm, Macy’s Backstage, and opening small stores away from malls; Nordstrom is also adding discount stores, Nordstrom Rack, and pickup-only locations; and Kohl’s is growing its athletic clothing selection and struck a partnership with Sephora to create small beauty shops inside Kohl’s stores.
But Neil Saunders, analyst at GlobalData Retail, said that although department stores are making changes, they have “big structuralissues” and are “not as relevant as they once were with shoppers.”
“One month of good growth doesn’t change the overall trajectory,” Saunders said. “They are still in trouble.”
Source: CNN Business