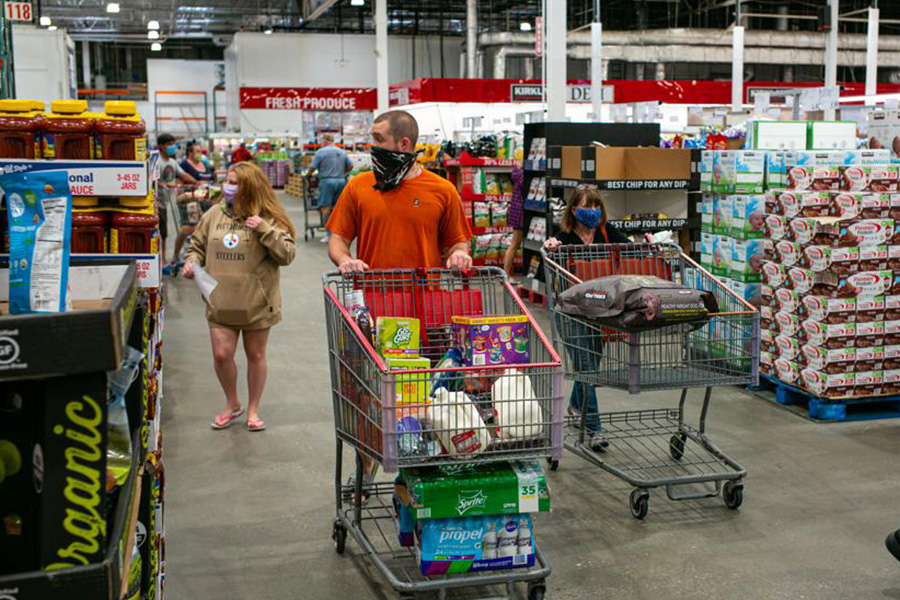 “The influx of stimulus-driven consumer spending and negotiations with landlords has helped keep retailers afloat,” said David French, NRF’s senior vice president of government relations, in a statement. “We started to see some encouraging signs for the retail industry with June’s positive sales growth and within the backdrop of a gradually reopening economy.”

At the peak of the pandemic, 73 percent of the nation’s largest retailers had closed most of their locations, according to a survey by NRF and PJ SOLOMON of 48 C-level retail executives that had sales of $100 million or more and at least 10 stores last year.

“While less than a third of respondents paid at least 75 percent of June’s rent, by July that figure had nearly doubled to 65 percent,” the press release noted. In addition, nearly three-quarters of retailers who missed payments said they would pay back at least half of all rent owed.

More than 50 percent said they had received rent relief from landlords, including deferrals to later this year or next. Less than 10 percent had not yet contacted property owners about potential rent relief.

“If you’re a retailer with an extensive store footprint, effectively managing these fixed costs has been critical to preserving cash while brick-and-mortar sales remain under pressure, even as online sales surge for many,” said Jeff Derman, PJ SOLOMON’s managing director, in a statement.

Derman noted that rent relief, whether it’s from the landlord or the government, will provide enough for many of these retailers to maintain liquidity until the pandemic’s most severe effects have retreated.

When asked about potential rent forgiveness programs, 67 percent of respondents said retailers impacted by the pandemic should receive assistance to pay their rents for 90 days. One-third said rent relief should protect retailers from downgrades in credit ratings during COVID-19.