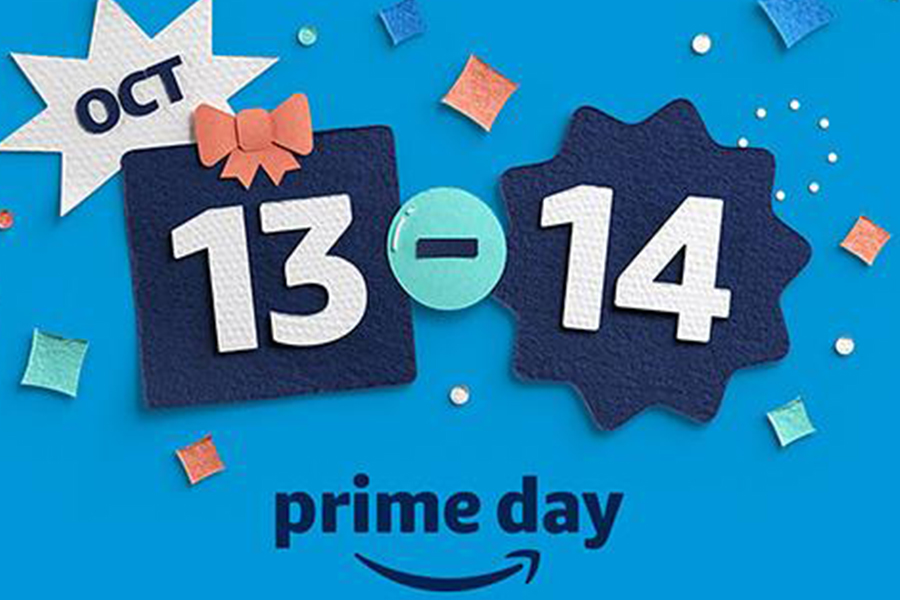 Amazon’s annual sales extravaganza is back — just in time to give the holiday shopping season an early kickoff.

Amazon will host the two-day event Tuesday, Oct. 13 – Wednesday, Oct. 14. This will mark the first time since Amazon launched Prime Day in 2015 that the event does not take place in mid-July, and the first time it takes place in the all-important fourth quarter, which also includes two other major retail sales events: Black Friday and Cyber Monday.  (On July 21, Amazon publicly confirmed it would delay the 2020 edition of Prime Day, citing the “safety of our employees and supporting our customers and selling partners.”)

Amazon will begin offering Prime members early discounts and deals on select items every day leading up to the official Oct. 13 Prime Day kickoff on Sept. 28. Prime members with Alexa voice assistant devices can discover deals by asking “Alexa, what are my Prime Day deals?” Starting Sept. 28 and for a limited time, new Prime members who sign up using an Echo device will receive a $5 Amazon credit by saying, “Alexa, sign me up for Prime.”

Prime members can also visit Amazon’s physical retail locations, including Whole Foods Market, Amazon 4-star, Amazon Books, Amazon Pop Up, and Amazon Fresh, to find in-store deals. Non-members can participate in the event by signing up for a free 30-day trial. Amazon Prime’s standard cost is $119 a year, or $12.99 a month, with no minimum order needed to qualify for free shipping. The Prime program also includes streaming entertainment.

In response to the challenges COVID-19 is creating for small-to-medium-sized businesses, Amazon is investing an additional $100 million in special Prime Day and holiday promotional programs for SMBs. From Sept. 28 through Oct. 12, Amazon will offer a $10 credit to use on Prime Day to members who spend $10 on items sold by select SMBs in its store.

Other special SMB-related features Amazon is including in this year’s Prime Day event include curated small-business collections, as well as spotlight deals from SMBs on the Amazon Live e-commerce streaming service. Customers will also have the opportunity to hear directly from business owners, learn more about their products, and shop Prime Day deals during a reoccurring Amazon Live segment called Small Business Showcase.

In 2019, Amazon said that Prime Day was once again the largest shopping event in its history, with more than one million deals exclusively for Prime members. Over the two days of Prime Day (July 15-16), sales surpassed the previous Black Friday and Cyber Monday combined. 2019 was the first year Amazon held Prime Day over 48 hours.

The online giant, as its custom, did not release an actual sales figure for the 2019 event, only product highlights. It said Prime members purchased more than 175 million items throughout the event. Prime Day was also the biggest event ever for Amazon devices, when comparing two-day periods.

NRF: More Than Half Of Retailers Received Rent Relief Amid COVID-19