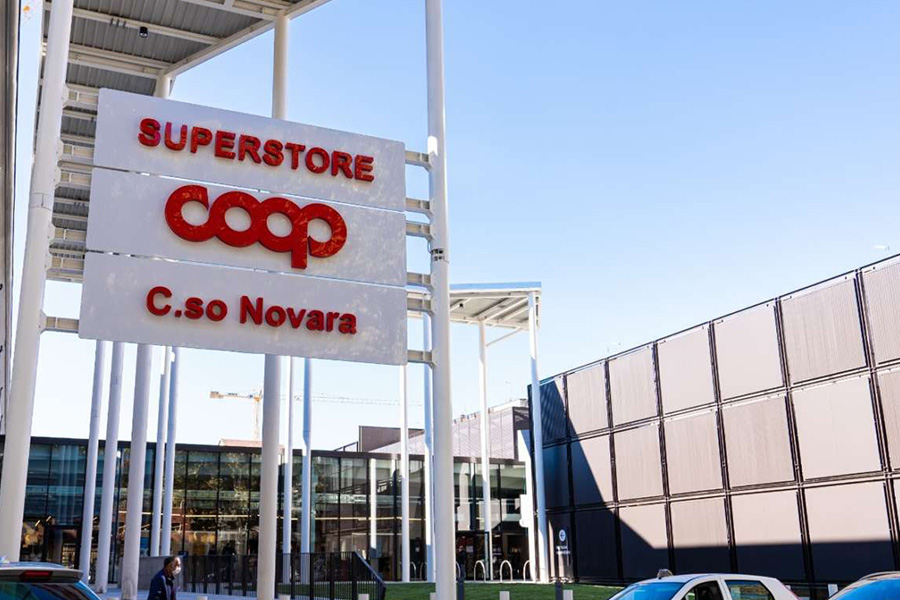 Northern Italian food retailer Nova Coop has opened a new superstore in Turin. This is an 1800 sq m shop with the now customary emphasis on fresh being part of the equation, but also with a raft of digital elements that make this different from some of its local rivals.

This means a store in which all of the shelf-edge labelling is digital, fast lane automatic checkouts, self-scanners and a geolocation product finder that uses an app. Also worth noting are the mid-shop totems that allow shoppers to order items from the counters and then collect them only when they have been prepared, rather than queuing.

The non-digital side of things equates to a space where most of the fresh offer has service counters, ranging from fishmongers to bakeries by way of a butcher and a gastronomy area.

The store is built above a covered car park which boasts a Coop Drive, the second in the city, allowing shoppers to click and drive, as it were.

The total investment in this store is EUR 14m, making this a relatively expensive new branch. The store, located in the former Pastore factory, opened yesterday and is the 64th Nova Coop store in the region.

For Gen Z, Thrifting Isn’t Just A Way To Shop, It’s A Lifestyle