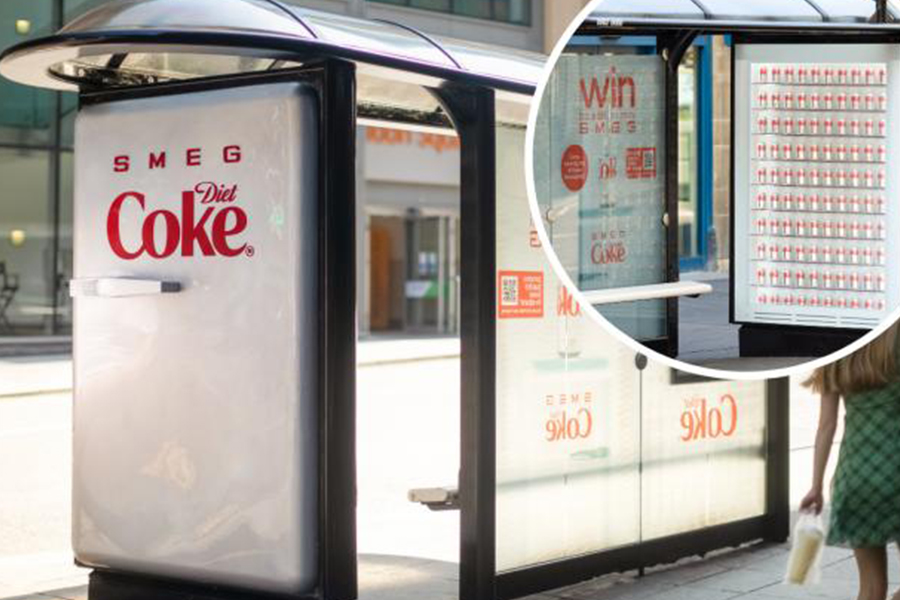 A BUS stop has taken people by surprise after it was turned into a fridge stocking Diet Coke overnight.

The bus shelter on Newgate Street in Newcastle City Centre has been transformed into a SMEG fridge complete with its own signature handle. Passers-by have spotted the fridge with some taking to social media to query the very unique installation.

But Diet Coke has said the fridge has been installed ahead of a competition which is launching at 10am on Friday (September 10).

Those who enter could potentially win a month’s supply of Diet Coke and be in the running for a number of “cool” prizes.

Those in the city are being encouraged to see the fridge from 10am to be in with a chance of winning all the prizes up for grabs.

Omar Sadiq-Baig, Brand Manager at Coca-Cola said: “In our always-hustling culture, it’s high time we championed taking a break from work, whether that’s spent scrolling through memes, listening to music or catching up with friends.

“There’s never been a more perfect moment for two icons of chill to come together, than now. Just for the chill of it.”

Such fridges have been appearing all across the UK in recent days with Manchester and London among other locations to feature. John Davies, Head of Marketing for SMEG, said: “At SMEG, we have had the pleasure of working with some amazing partners over the years. We’re delighted to have joined forces with superbrand, Diet Coke.

“Mirroring many of our own values, what better way to celebrate than to enjoy a chilled Diet Coke from your very own limited-edition SMEG drinks fridge.” Diet Coke added that it is giving away one limited edition fridge a day through an on-pack promotion from now through to October 10.

It said customers can scan a QR code from promotional packs for the chance to win a fridge or a cooler sleeve.