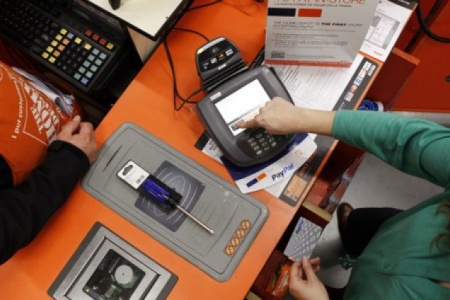 Between 6 million and 7.5 million retail industry jobs are vulnerable to automation within ten years, according to an

The report, by Cornerstone Capital Group, concluded that the jobs of as many as 47% of the 16 million Americans currently working in retail could be made redundant by highly-automated e-commerce and other innovations. In-store roles most vulnerable to automation include cashiers and order clerks while salespeople and freight handlers are slightly less exposed.

Jobs that require a personal touch like store greeters would also be insulated from direct replacement by robots or apps. But increasing competitive pressure could still make such jobs too expensive for stores to justify.

Cornerstone’s study points out that while sales roles are just as likely to be filled by women as men, 73% of retail cashiers are women—and that job is considered “one of the most easily automatable” in the entire economy. Amazon, for instance, is developing a convenience store format called Amazon Go that has no cashiers. The plan is for sensors and intelligent vision to automatically detect what customers have in their carts and then bill them when they walk out the door.

But details are still being kept under wraps, and in March, Amazon delayed the store’s opening while it hones the technology.

Cornerstone lays out two strategies retailers can take in dealing with the shifting landscape—what could be termed as the low road and the high road. Lower-end retailers can use technology to increase convenience and volume, while high-end shops should focus on technology that enhances the customer experience. If more retailers ultimately focus on using technology to support highly skilled workers and enhance service, it may mean fewer layoffs and even higher pay for staffers.

That’s essentially the split that strategy expert Howard Yu laid out in a recent piece for Fortune, citing the Apple Store’s amazing customer service and mobile card-swipe machines as an example of the high-end approach most likely to preserve jobs. But the recent struggles of department stores like Macy’s, which have long focused on customer experience and good service, calls into question just how broadly applicable that model might be.

Meanwhile, stores at the lower end of the market are more likely to use technology to eliminate workers, with serious consequences for smaller U.S. cities. Wal-Mart, for instance, has a 25% share of the retail market in U.S. cities with populations under 500,000, suggesting major consequences if it automated a high proportion of jobs.

And of course, predictions about retail automation have fallen short before. Grocery stores began aggressively pursuing self-checkout in the early 2000s, but the technology proved unwieldy and frustrating for customers. Fifteen years later, self-checkout takes up a few lanes at most in any store.

These retailers are proving to be "un-Amazonable"