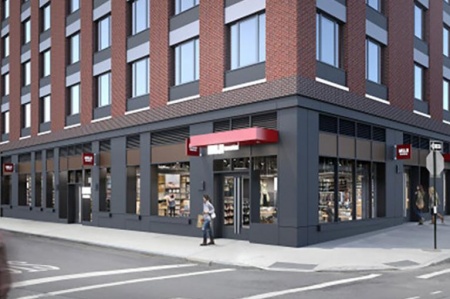 Muji has opened a 7,300-sq.-ft. store in the Williamsburg section of Brooklyn. It is the retailer’s seventh store in the greater New York City area. In addition to New York, Muji has six locations in California, one in New Jersey and one in Boston. It plans to add more U.S. stores next year.

The new store carries Muji’s full lineup of minimalist products, including apparel, kitchenware, tableware, furniture, interior and storage accessories, stationery, skincare and travel items. It also features a number of added services including an embroidery station that allows customers to customize textile items with a selection of over 300 embroidered designs; a complimentary gift-wrapping station that seals paper packages with stitching; and a free stamp station where customers can accent their purchased paper goods with various symbols.

In addition, Muji will collaborate with local artists and artisans on upcoming projects that pay homage to Brooklyn’s creative scene and connect with the diverse families that inhabit it. Muji was founded in Japan in 1980 and now has over 400 stores in Japan. It opened its first store outside Japan in 1991, in London, adding over 400 global locations since then. The Muji name derives from the company’s original name in Japanese: Mujirushi Ryohin, meaning “No Brand, Quality Goods.”