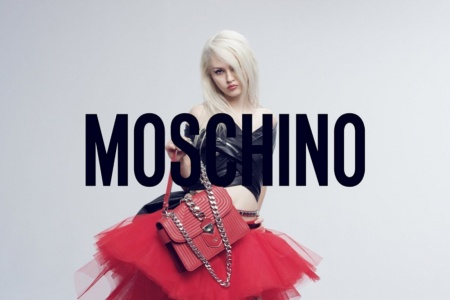 Nothing quite like springtime Paris. At least for Moschino, which will open both a flagship boutique and a special pop-up store inside the iconic Paris department store Printemps in the coming months.

And the house’s creative director Jeremy Scott is creating an exclusive limited-edition collection inspired by the brand’s iconic symbols for this French pop-up. Named “Moschino Loves Printemps,” the pop up will open for barely six weeks, from May 17 to July 1, the Milan-based house confirmed to FashionNetwork.com. It will be located inside the department store’s Atrium area in the basement floor of Printemps Femme and will feature oversized “top model” mannequins. No sooner than the pop-up closes than Moschino will open a new flagship on the Faubourg St Honoré near Paris’ hippest fashion inn, the Hotel Costes.That store will introduce a new design concept and be located close to such iconic stores as Marc Jacobs, Emporio Armani, Tom Ford and Tommy Hilfiger. Moschino already has a long-standing store further west on the same famed shopping thoroughfare at 54 rue du Faubourg St Honoré opposite the British and American embassies and in the same building as a Brunello Cucinelli boutique. The goal of next month’s Printemps collection is to express “some of the brand’s most representative motifs, depicted on a complete series of clothing and accessories ranging from a biker jacket to an iPhone cover,” according to the house. It being in Paris, shoppers can also expect the archival graphic Moschino Couture! on t-shirts, sweatshirts, knitwear and nylon or leather coats. Raised, giant gold metal lettering applied on beret-shaped bags, while there will also be umbrellas with print of the teddy bear in a biker jacket and cap à la française.