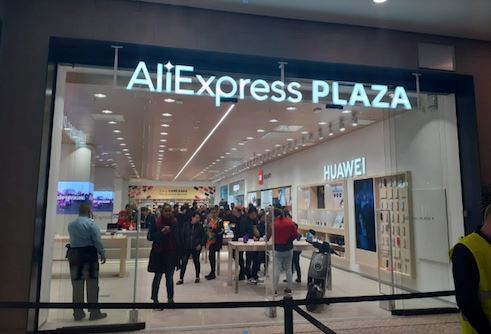 It’s a little under three months since Europe’s first AliExpress store, from Alibaba, opened in the Xanadu shopping centre on Madrid’s southern flank. Now a second branch has opened, in the second city: Barcelona.

Like the Madrid store, this one is located in an edge-of-town development, the Finestrelles shopping center in Esplugues de Llobregat. And at around 1,000 sq m, it is bigger than the first store and, as was the case when that store opened, it attracted a large crowd when it opened (free gifts may have had something to do with this – the top ‘prize’ being an electric motorcycle).

The store opened on Black Friday with Cecotec, Xiaomi, Huawei and Samsung being among the brands stocked (in total, 80 international brands are on display).

It is not wholly churlish to say that this is a tech ‘ordinary’ store with relatively wide aisles and the space being divided up by brand, although its size does mean that it has the merit of being a destination for something more than the power of the name above the door. It is, however, a measure of the power of the brand that it can attract the crowds in a manner that terrestrial operators would find difficult to match. 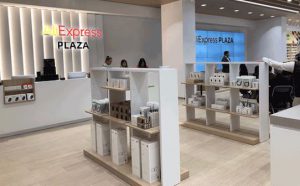 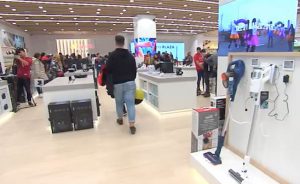