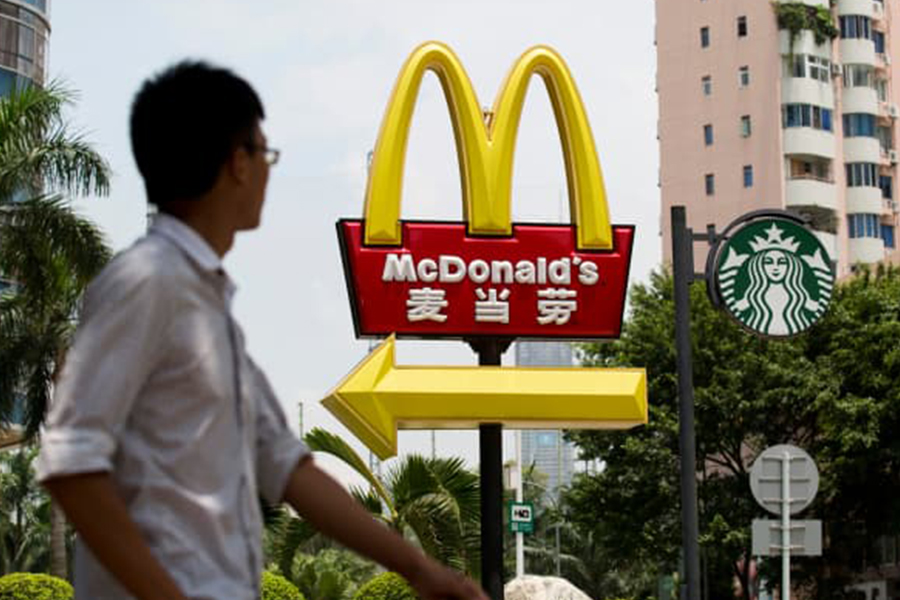 McDonald’s is among a handful of companies taking part in a new pilot program for China’s upcoming digital yuan, according to state-backed media, as the world’s second-largest economy pushes forward with its plans for an electronic currency.

The People’s Bank of China, the country’s central bank, has been developing a digital currency over the past few years. While there are very few details at the moment about its exact design, it’s unlikely to resemble popular cryptocurrency bitcoin, which supports anonymity and decentralization, that is, it’s not issued by a central authority.

McDonald’s, Starbucks and Subway are the three U.S. firms among 19 companies in total that will be participating in the digital currency trial in Xiong’an, which held a promotional event on Wednesday, state-backed Securities Times reported.

However, a Starbucks spokesperson told CNBC the company is “not participating in any digital currency trial in China.”

Xiong’an is a special district about 86 miles southwest of Beijing in Hebei province and is President Xi Jinping’s personal project for building a new economic center. It’s unclear though how much progress has been made since its launch in 2017.

Xi emphasized in a speech on Thursday that the country would step up development of 5G, artificial intelligence and other technologies at a massive scale known as “new infrastructure.”

The announcement of that pilot program, which appeared to focus on retail and catering, follows another recent test in Suzhou where the digital yuan was being used to give subsidies to local workers for transport.

Further tests will be done in Shenzhen and Chengdu and ahead of the 2022 Winter Olympics in Beijing, the PBOC said, according to state-backed Xinhua News in a report on April 17.

The central bank made clear that the digital currency has not officially launched.

Earlier this month, a screenshot circulated on social media purporting to show a new app from the Agricultural Bank of China which will allow users to use the digital yuan.

Agricultural Bank of China was not immediately available for comment when contacted by CNBC.

There was some concern that the coronavirus pandemic had derailed the PBOC’s digital currency plans. But earlier this month, an official at the bank told reporters that it was pushing ahead with its original plan.

Central bank-issued digital currencies have gained momentum recently. Monetary authorities look to innovate in the face of competition from China and Facebook’s digital currency called libra, which since it became public, has run into a number of problems. Other central banks around the world including the U.K. and Japan have been assessing what their own digital currencies might look like.

But China appears to be ahead of the pack. One of the potential benefits of the digital yuan, experts previously told CNBC, is that it could help internationalize the yuan. Hence there have been rising calls within the U.S.for the Federal Reserve to speed up development of a digital dollar.

Mapped: The State of Small Business Recovery in America