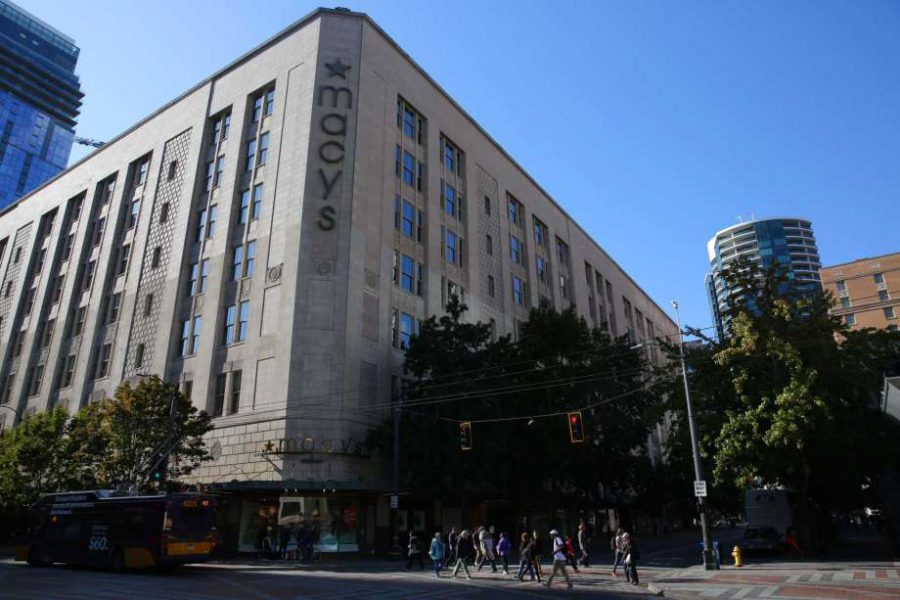 The 2019 holiday season will be the last for the downtown Seattle Macy’s. The department store is closing up shop in the Emerald City.

The Seattle Times reports that clearance sales are slated for January 2020. The store will close for good in February. Employees were notified of the closure and about Macy’s intention to sell the building.

Locals are quite familiar with the corner of Third Avenue and Pine Street. The store was previously the site of Seattle-founded Bon Marche. Macy’s took over the downtown retail location in 2003.

Little is known about the reasons for the closure, though many retail stores have strained under the rise of online shopping. The Times notes that while Macy’s occupies three floors of the downtown building, Amazon has offices in the top six.

The corner of Third and Pine has also become notorious for its crime. Employees at nearby offices have come to refer to this stretch of Third Avenue as “Stab Alley.” This area was also part of Seattle’s 9.5 blocks plan in 2015 which involved mass arrests of drug dealers and other suspects. Two years later, crime was noticeably on the rise again along Third Avenue.

Macy’s has not commented on its reasons, crime or otherwise, for closing the downtown store or its sale of the building.