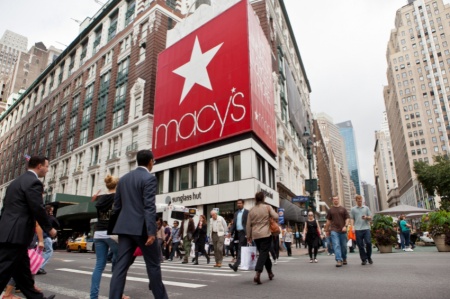 Macy’s, the 160-year-old mall standby, is looking for a new audience — and thinks it has found it in a Manhattan concept store.

The department store chain on Wednesday said it purchased Story, a small “experiential retail” shop in New York that offers yoga classes, cooking workshops and a lineup of quirky merchandise that changes every few weeks. That keeps shoppers coming back, said the start-up’s founder, Rachel Shechtman.

In other words, it is the opposite of Macy’s sprawling suburban stores, which are piled high with a predictable selection of run-of-the-mill clothing and housewares.

The companies did not disclose the sale price or other terms of the deal. Shechtman, who founded Story in 2011, will join Macy’s as its brand experience officer.

“We are committed to growth in 2018, and this is one important step along the way,” Jeff Gennette, chief executive officer and chairman of Macy’s, said in a statement.

Macy’s is the latest to try to redefine the purpose of the department store as malls lose traffic and shoppers order more online. Rival department store chain Nordstrom last year opened a similar concept store, called Nordstrom Local, in Los Angeles, which offers manicures, alterations and personal styling — but no merchandise. The idea, executives said, was to win over customers with an experience — and perhaps a glass of wine — that cannot be replicated on the Internet.

Macy’s is attempting to attract younger, more affluent shoppers with Story. Analysts say its foray into experiential retail may be difficult. Story, which has found wide-scale success and profits in New York’s bustling Chelsea, might not make as much sense in other parts of the country. And, they say, much of the store’s appeal is in its local charm — something that could easily get lost when a giant corporation takes over.

“It’s very hard to see how this concept is going to scale, particularly in malls and rural areas, where Macy’s stores are still stuck in the 1970s,” said Neil Saunders, managing director of GlobalData Retail. “Macy’s has never had a shortage of big ideas — the problem is that it doesn’t really manage to put those plans in place.”

The Cincinnati-based retailer — which last year had nearly $25 billion in sales  — is increasingly looking beyond its department stores  after years of steady decline. The company, which has closed more than 120 stores since 2015, opened 36 Bluemercury beauty stores last year, as well as 30 off-price Backstage locations. With the acquisition of Story, analysts say the retail giant is hoping to liven up a tired, century-old brand.

Much of Story’s success, Saunders added, has been in its ability to constantly reinvent itself. The space, which is smaller than 2,000 square feet, hosts a variety of events, including trunk shows, book readings and snack-’n’-shop sessions. During the day, it sometimes doubles as a workspace. Every four weeks or so, the store takes on a different “theme.” A Mario Batali-inspired display, for example, included copies of the chef’s cookbook, pasta sauce, and a crate of his signature orange Crocs. A recent beauty display, meanwhile, included hair-braiding services, a do-it-yourself manicure bar and a vending machine that dispensed Rimmel cosmetics.

“There are a lot of moving parts in an idea like this,” Saunders said. “Every time Story comes out with a new concept, they’re changing fixtures, training their staff, completely rethinking their store. That could lead to a lot of operational complications for a large company like Macy’s.”