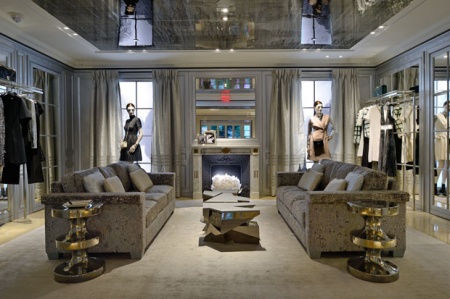 Shares in LVMH – whose array of brands ranges from fashion houses Louis
Vuitton and Christian Dior to watchmaker TAG Heuer and jeweller Bulgari –
rose as much as 2.9 percent to an intraday record high of 213.50 euros
(183.20 pounds) before easing back to close 0.41 percent higher.

Other French luxury good stocks also rose in early trading, including
Kering and Hermes, but also gave up most of their gains by late
afternoon. Switzerland’s Richemont closed 1.9 percent higher.

LVMH,
which like the wider industry has benefited from a progressive recovery
in Chinese appetite for luxury goods after an economic slowdown, warned
however that its strong first-quarter performance may not be
sustainable.

It compared to a weaker start to 2016, in the
aftermath of attacks in France which deterred some tourists and shoppers
in Europe.

LVMH has also stressed that its broader business
outlook remained uncertain, at a time when Donald Trump’s rise to power
in the United States has added to jitters for companies and markets over
what Britain’s decision to leave the European Union will bring.”We
are just sending a word of caution on this so that the market end
doesn’t getting carried away with the current strong numbers,” Chief
Financial Officer Jean-Jacques Guiony told a conference call.

LVMH
reported a 15 percent year-on-year increase in first quarter sales
after the stock market had closed on Monday, beating the consensus
market forecast.

Guiony said Chinese shoppers were the “driving
force” behind a 20 percent rise in Asian like-for-like revenues, which
excludes Japan.

European sales also rose strongly, at a time when
the group said it was eyeing slight price increases on fashion products
in the region, and LVMH reported increased revenues across all of its
units, which includes wine and spirits.

Is Coach planning to become a multi-brand fashion giant?