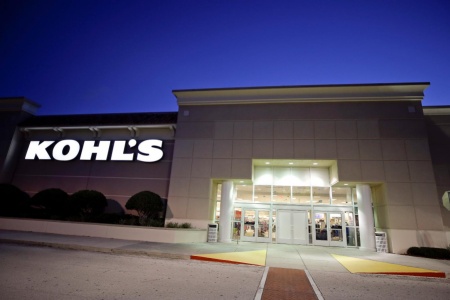 IF you want to understand the kind of thinking fueling Kohl’s (KSS, -5.19%) return to form of late, look no further than its newly announced partnership with discount grocer Aldi.

The company, which on Thursday reported its largest quarterly comparable sales gainsince 2001, is planning to free up space at five to ten of the hundreds of stores it is making smaller to the German food retailer. Kohl’s has been shrinking, but not closing, hundreds of its stores to make them easier to manage, navigate, and maintain. The company said it would look for partners to take up the freed space. (Macy’s and Sears have made similar moves but on a more modest scale.)

Aldi, a well established grocer offering very low prices, is now facing new competition from fellow Germany low-price grocer Lidl, which arrived on American shores last year in an aggressive launch, and this partnership with Kohl’s will allow it to update its store fleet. As for Kohl’s, having a food store co-locate (the stores will be separate and customers won’t really notice they share the same box), is likely to bring a new customer to those locations and potentially help it diversity its clientele. Specifically, the Aldi stores could help Kohl’s siphon off some business from Target (TGT, -1.72%), which is working on renewing its food business and with which Kohl’s occupies many strip malls.

Of Kohl’s 1,160 stores, some 300 were initially small, between 35,000 and 55,000 square feet, compared to the standard 80,000 square feet of a Kohl’s. The chain has been reconfiguring another 200 stores, with the idea of subletting or selling space to outside companies. But Mansell has been adamant that Kohl’s needs roughly the same number of stores for it to keep the brand top-of-mind with customers and maintain their interplay with e-commerce. (Some 36% of online orders were filled by a store during the holiday quarter, speeding up delivery.)

The Aldi experiment is just the latest way Kohl’s is rethinking how it uses store space. In the autumn, it began a test at a few dozen stores to offer space for Amazon.com(AMZN, -1.19%) to sell its tech products and handle its returns. Kohl’s move has raised a lot of eyebrows, but Mansell has repeatedly said his top priority for Kohl’s, as he prepares to leave the role in May, is to get more shoppers in stores, even if that means making unconventional partnerships. (Michelle Gass, currently chief merchandising and marketing officer, will take the reins.)

“We’re more focused on it being a great customer experience and making sure that that customer is happy when they do arrive in a Kohl’s,” Mansell told analysts on a call, referring to Amazon. He declined to quantify the boost Amazon’s space has provided, saying it was too soon in the partnership. But he did hint it would be expanded. “We’ve had initial discussions with Amazon about how and where we will expand the pilot,” he said.