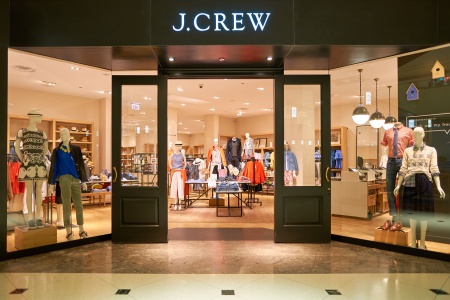 In a partnership with WeWork and LinkedIn, J.Crew is hosting a panel discussion series featuring the “next generation of entrepreneurs and goal-getters,” selling items inside some WeWork locations and featuring WeWork members in an ad campaign.

The initiative marks the first collaboration with a fashion company for WeWork, the co-working space that stunned the investment community last July in when it earned a $20 billion valuation in a funding round, becoming the most valuable startup in America outside of Uber and Airbnb. Founded in 2010, WeWork has 212 locations across 66 cities serving more than 200,000 members.

The arrangement also appears to be the first such retail partnership for LinkedIn, the world’s largest professional network.

As part of Style Your Success, a panel discussion series “celebrating entrepreneurs and the individuality of success” is being held at WeWork locations in New York, San Francisco, Atlanta and Philadelphia, as well as select J.Crew locations.

For J.Crew, the alliance includes the opening of pop-up shops inside WeWork locations in key cities. WeWork members will receive discounts. Eleven of WeWork’s members — eight men and three women — will be featured in a J.Crew catalog modeling spring styles from the brand. On J.Crew’s blog, the entrepreneurs discuss their career path, style, interests, daily routine and aspirations.

Beyond any sales, J.Crew is gaining visibility and learning how to connect with younger workers. Cam Wolf wrote for GQ, “You know, the kind who want to dress down their button-ups with a hat that says ‘Hustle.’ J.Crew is figuring out how to sell to folks who work in a way that would have baffled the company men who came before them, too.”

Calvin Klein has opened a new brand headquarters in Paris