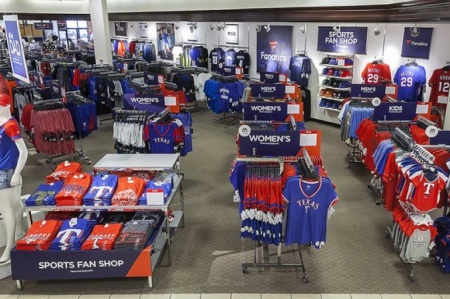 Fanatics has been on a roll of late. In recent years, the online sportswear retailer has expanded its relationship with the National Hockey League and acquired sportswear manufacturer Majestic and the rest of VF Corporation’s Licensed Sports Group business, solidifying its partnership with Major League Baseball. Fanatics in 2015 also forged a deal with NASCAR.

J.C. Penney, however, could use a boost from a growing partner. Moody’s Investors Service recently downgraded J.C. Penney‘s corporate family credit rating, and some of the retailer’s specific debt instruments were rated lower. Data from CreditRiskMonitor, a service that tracks bankruptcy risk based on several metrics and data streams, currently indicates that J.C. Penney has between a 4% and 9.99% chance of filing for bankruptcy within the next 12 months, although Moody’s pointed to the retailer’s total liquidity of $2 billion as a major operating strength.

More broadly, the discount retailer has run into difficulty improving its top and bottom lines, with its turnaround efforts yielding spotty results, particularly struggling to find its footing in the fundamental area of apparel. Last month CEO Marvin Ellison left to take the chief executive spot at Lowe’s.

With Ellison at the helm, J.C. Penney has largely stanched the flow of sales and money out of the company. It even made a profit in 2016, but that was followed by a $116 million loss last year. Last fall, Ellison said the company would post losses in the third quarter as the retailer moved to clear its inventory of women’s apparel, in an attempt to quickly catch up with shifting tastes ahead of the holidays.

But that didn’t have much staying power. In March, J.C. Penney slashed 360 jobs at its home office and support teams following a fourth quarter that fell short of analyst estimates. The comopany’s first quarter 2018 numbers were worse, with top-line sales declines, comps that barely budged upward and a loss of $78 million — all of which fell short of estimates.

Microsoft may rival Amazon with tech that cuts out the cashier

Is Macy's about to reinvent the department store?