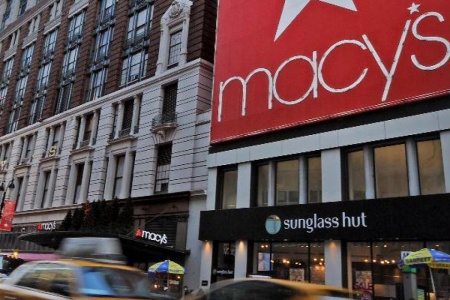 With Macy’s recently reporting a holiday same-store sales decline of 4.7% as well as plans to shutter 40 stores in 2016, one has to wonder if the “Magic of Macy’s” still resonates with consumers. To be fair, the holiday season gave the retail advantage to consumers and was loaded with deep discounts, wild store hours, and, well, Amazon.com. However, competitor JCPenney posted a 3.9% same-store sales gain to the Macy deficit, a reversal of trends we saw during Ron Johnson’s tenure at JCPenney, when Macy’s scooped up JCPenney’s coupon-hungry bargain hunters. So what went wrong at Macy’s over the holidays? A look at consumer insights collected by Prosper Insights & Analytics reveals three key reasons why the hallowed department store went bust during the busiest shopping season of the year.

Overarching demographic trends didn’t play into Macy’s favor. Two of Prosper’s top trends for holiday 2015 focused on the relative optimism of lower income consumers (earning under $35,000 per year) compared to their middle ($35,000 to $74,999) and upper ($75,000+) earning peers. Likely benefiting the most from the decline at the gas pumps this year, those on the lower end of the income spectrum planned to spend about 5% more over the recent holiday season than what they intended to spend for holiday 2014, while middle income shoppers’ plans were relatively flat. In contrast, holiday spending plans declined 3% year-over-year for those earning above $75,000. Nearly half (46.2%) of Macy’s shoppers reside in the upper income camp versus just 33.8% of JCPenney shoppers, so Macy’s was in a precarious position at the onset of the holiday season from an income perspective.

Additionally, age appeared to be a factor riding against success for Macy’s this holiday season. While Millennials offer exciting long-term opportunities for retailers, 2015’s biggest spenders were still Boomers and Gen X-ers. However, among the latter group, holiday spending plans declined about 3% from 2014 spending intentions; Boomers presented a brighter outlook, rising 3% year-over-year. While Boomers and Gen X-ers represent more than 60% of shoppers at both Macy’s and JCPenney, JCPenney maintains a larger concentration of optimistic Boomer shoppers (43.2%) than Macy’s (33.5%) and a lower proportion of pessimistic Gen X shoppers (26.6%) compared to Macy’s (30.4%).

Macy’s shoppers opted for experiences. Although broader demographic trends represented holiday headwinds for Macy’s, the core Macy’s shopper seemed poised to buck this trend at the start of the season. Compared to 2014, Macy’s shoppers’ holiday spending plans rose 2% for 2015. Of course, it is now evident that this planned spending increase among Macy’s shoppers didn’t occur at Macy’s stores (or Macys.com). While Macy’s shoppers likely spent at least some of their holiday dollars at competing retailers (the cross-shopping phenomenon plagues every retailer, even Walmart), they were also more prone to hone in on “gifts of experience” this year. These outside-the-box gifts might include a spa day, cooking classes, even a hot air balloon ride – gifts that aren’t readily available at your local Macy’s. This holiday season, more than one-quarter of Macy’s shoppers (26.0%) planned to gift an experience, higher than the overall average (22.2%) as well as JCPenney shoppers (19.6%). Additionally, more than two out of five Macy’s shoppers (40.5%) indicated they’d like to receive an experience – so shoppers’ heads were certainly turned in a different direction this year.

The Macy’s ‘magic’ is fading. Finally, and likely most importantly, shoppers seem to be growing more ambivalent toward the Macy’s shopping experience – according to the Net Promoter Score metric of customer loyalty and satisfaction.* Holiday shoppers who indicated that they shopped most often at Macy’s for their holiday gifts this season (an unaided, write-in response) gave the department store a 34.6% NPS. While this figure was in-line with the overall average of 34.9% (side note: is that really a “win” for upscale Macy’s?), it fell 17% from shoppers’ ratings from a year ago (41.9%). Further, rival JCPenney scored a higher NPS among its shoppers (58.4%) this holiday season, representing an astounding 40%+ increase over holiday 2014 (40.9%).

A quick review of Prosper’s list of 2014 Customer Service Champions reveals an apparent foreshadowing of the department store’s troubles. In our most recent installment, Macy’s finished just out of the top 10 (at #11), dropping two places from the previous year’s rankings. Competitor JCPenney came out ahead here as well, landing within the top 10 (at #7).

While today’s shoppers are still very much attuned to low prices, discounts, and free shipping, what sets one retailer apart – and ahead – from another is the service and experience provided to the shopper in both the physical and digital realms. Perhaps by listening more to what their core shoppers want in their Macy’s experience, the department store may recapture some of that lost magic.