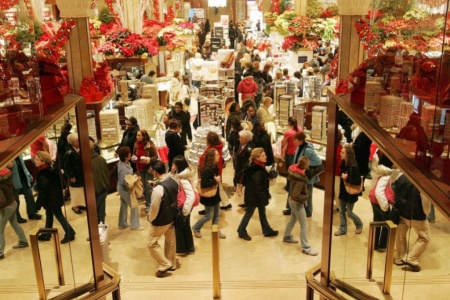 Christmas parties, crackers, mistletoe, garish jumpers, great movies, mince pies and of course an extra hole on the belt buckle. Christmas is a time of traditions, and part of its charm is knowing what’s coming every year.

This is also true in the retail sector. The torrent of Christmas shoppers in the run-up to the big day has been around almost as long as Christmas presents. Yet, as with many long-standing traditions this year, this could be on the verge of change.

Last week’s Black Friday event, which has now become a tradition in itself and signifying the start of the festive shopping season, was a mixed bag at best. According to Ipsos, footfall edged up this year 0.1 per cent while Springboard reported a 3.6 per cent downturn, all while sales growth slowed.

This far-from-outstanding performance follows some of the highest declines in retail sales on record throughout October, preceding a relative rebound in the first weeks of November. With such mixed signals, retailers are asking: Are people saving their cash for the pre-Christmas rush, or are they saving their cash altogether?

According to a survey conducted by the Principality Building Society, a “fifth of adults agree that external events like Brexit have made them less confident about spending money at Christmas”.

It’s clear that external factors are influencing high street shoppers’ willingness to spend, but it is unclear whether this is a long-term shift or whether shoppers’ wallets are in hibernation temporarily

Peak season it may be, but signs are emerging of a very different approach to festive shopping. A shake-up of the way people do their Christmas shopping needn’t spell disaster for retail. With the strides made in distribution capabilities over the last 24 months, avoiding the chaos of the high street is becoming increasingly attractive.

Although the effect the wider economy is having on spending habits may prove to be temporary, the causes of this economic turmoil are more long term.

Should retail sales bounce back over the Christmas period, there are other factors at play which are poised to disturb retail traditions throughout the new year.

Professor Christian Edger of the Birmingham Business School believes the lacklustre sales in the run-up to Christmas are symptomatic of a wider change.

For such an adaptive and flexible sector, changes in shopper behaviour have been dealt with before and will surely rear their head again. But at such a crucial time of year for the sector, any retailers relying on tradition alone to drive their final quarter revenues may want to ask Santa for some help.

How Walmart figured out online grocery delivery in China