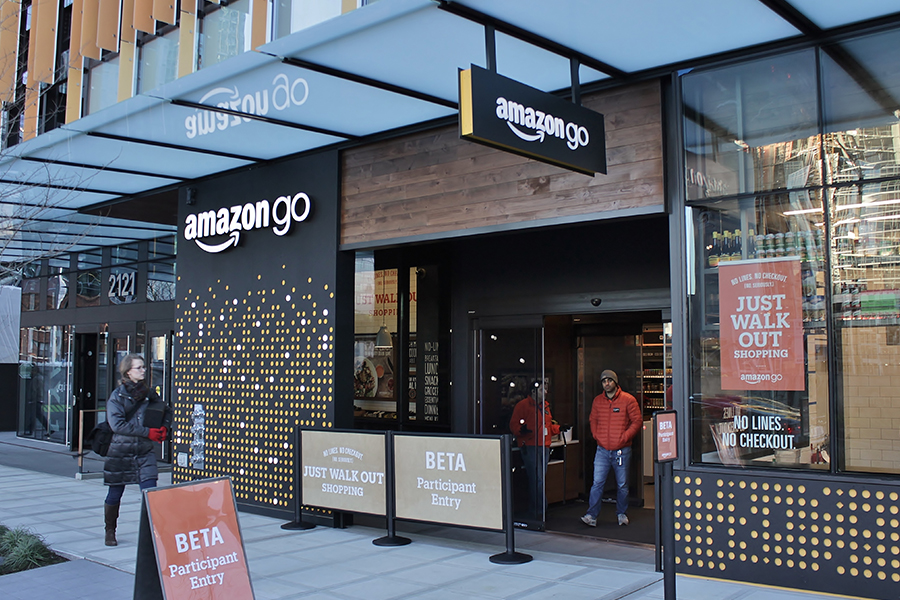 So far, so good for Amazon Go, at least when it comes to consumer experiences.

A new survey report from consumer insight provider Piplsay found that 54% of Amazon Go shoppers rate their experience in those store as “excellent,” with 35% rating the experience as “good,” 7% as “not very good” and 4% as “bad.”

The Piplsay survey was conducted nationwide in the United States from Feb. 19-21, and the findings are based on 30,166 online responses from individuals aged 18 years and older.

As demonstrated by the Amazon Go store that opened in the e-commerce operator’s hometown of Seattle, the main feature of the concept is the Just Walk Out technology — that is, cameras, sensors and software that enable customers to be automatically charged for purchases without wasting time in checkout lanes or going through self-checkout kiosks.

That technology, in turn, has fueled a race to deploy similar friction-free gear and sensors and software in other food retail locations — a race that involves not only grocers but technology providers.

The Piplsay report also found that:

Seattle-based Amazon is No. 2 on Progressive Grocer’s 2020 PG 100 list of the top food and consumables retailers in North America. Austin, Texas-based Whole Foods, owned by Amazon, is No. 24 on PG’s list.

Starbucks opens its largest store in Thailand and it's absolutely scenic

Kohl’s says it added 2 million new customers in 2020, thanks to Amazon