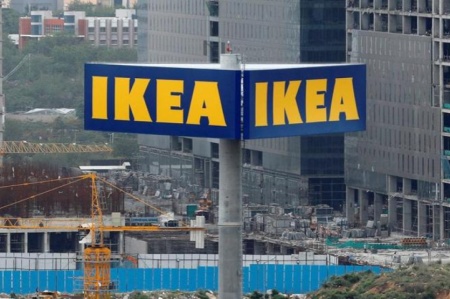 For the Swedish flat-pack furniture company Ikea, which plans to open its first store in India next year after a long battle, one of the biggest challenges it faces is understanding its potential customers.

The chain is betting on the country becoming a huge market and it is striving to do everything it can to ensure its success.

“We are now focusing on understanding life at home or how people live in their homes through home visits and research, and these can be different from state to state,” says Patrik Antoni, the deputy country manager for Ikea India. “This is needed to not only assess living situations but also understand frustrations, needs and aspirations. So a store in Delhi will offer the same experience as a store in London, but at the same time certain unique products and the way the range is presented will reflect the needs and aspirations of people in Delhi.”

Ikea’s plan is to open 25 stores in India by 2025, injecting a total of €1.5 billion into the market. Its first store, spanning over 400,000 square feet and set to employ up to 700 staff, is scheduled to open in Hyderabad by the end of next year.

As Ikea ploughs ahead with its move, this is indicative of a shift in the environment for foreign investment in the country and how companies are looking to tap India’s favourable demographics, particularly the expanding middle class and strong economic growth.

It was a decade ago that Ikea first applied to open stores in India and bring its affordable design-led products to the market. But it took until 2013 to get the green light from the government to set up shop in the country because of regulations aimed at protecting local shopkeepers.

India had permitted foreign investment of up to 51 per cent in single- brand stores – distinguished from “multi-brand” retail such as supermarkets, where a range of different brands are sold – since 2006. But Ikea was keen to have full ownership of its stores. Despite intense lobbying, it was not until September 2012 that the government under Manmohan Singh opened up the single-brand retail sector to 100 per cent foreign direct investment (FDI), while permitting up to 51 per cent FDI in multi-brand retail.

“India presents one of the largest untapped market for retailers with 1.2 billion population and a middle class bigger than the USA,” says Satish Modh, the director of the VES Institute of Management Studies, based in Mumbai.

The momentum gathered pace following the election of Narendra Modi’s Bharatiya Janata Party in 2014. Despite the fact that the BJP had fiercely opposed the previous government’s introduction of a more pro-foreign retail policy when it was announced, once the party came to power, it made it very clear that its aim was to attract FDI.

“The general election and its outcome turned out to be a key turnaround moment as a new pro-reforms government was elected to power with unprecedented majority,” says Anuj Puri, the chairman and country head of JLL India. “This helped many retailers take a positive view on rise in employment numbers, disposable incomes and, therefore, the growth of retail. A gradual softening stance of the newly elected government on foreign investment in retail excited international retailers such as Ikea, Walmart.”

But India also proved to be a challenging market for Walmart. In 2013, it terminated a six-year long partnership with Bharti Enterprises, setting back its plans to launch retail stores. The US retailer still seems to be very keen on India, however, with reports recently emerging that it is looking at investing up to $1 billion in the Indian e-commerce company Flipkart.

“With an ever-expanding domestic market and a forecast growth rate of 15 per cent a year, the Indian retailing scene seems extremely attractive for overseas investors who are looking to foray into this segment and make huge returns on the back of a large consumer base,” says Shishir Baijal, the chairman and managing director of Knight Frank India. “The Indian customer too has evolved over time, and this has led to a sudden spurt in global brands entering the market with their set of offerings. Several global names are keen to enter the Indian retail market.”

One of these names is Apple, which wants to open shops in India, but it is facing hurdles because of meeting demands for local sourcing and manufacturing.

Ikea is eager to move quickly in terms of expanding in India. It has already bought land in Mumbai and hopes to open a store there in the next two years. It is also planning to set up stores in Delhi National Capital Region and Bangalore. Ahmedabad, Chennai and Pune are also on its radar.

“The current government’s initiatives and policies towards its ambition of making India one of the preferred investment destinations has been commendable,” says Mr Antoni. “The government is supportive … making it possible for companies like us to invest.”

India’s plan to introduce its goods and services tax (GST), a single tax to replace the convoluted system of differing taxes that are found across the 29 states of India, is another positive, he adds.

“Ikea has been present in India for the past 30 years to source for its stores around the world,” he explains. “This period has given us insights into country’s diverse culture and the market potential.”

India’s regulations specify that for foreign retailers, 30 per cent of the products they sell in India have to be locally manufactured. Ikea does not think this is going to be a problem.

“We have five years from store opening to fulfil the 30 per cent sourcing norm,” says Mr Antoni. “In the long run, we aim to source more than 30 per cent from India because if we manufacture more locally, it will make our offerings more affordable. We are looking for suppliers that can manufacture the current range and also develop products using new sustainable materials such as bamboo, jute, water hyacinth. Over the past months we have already started working with new suppliers for mattresses, sofas and bamboo products.”

Analysts say it will not necessarily be an easy process for Ikea to operate in India.

“Most of the retail business in the furniture segment is not branded in India,” says Mr Modh. “It will be a tough task for a company like Ikea to bring in some standardisation to sell their goods across the country. Although in home furnishings they may have a head start as there is no organised competition.”

And the potential returns are huge, he says.

“If one looks at the interior design market for households in Mumbai alone, it will be in billions of rupees.”