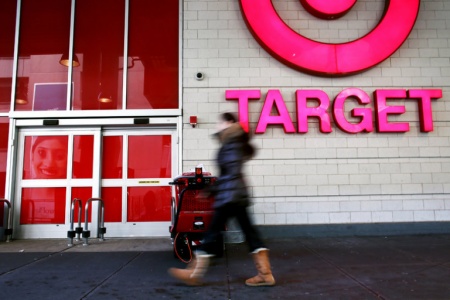 It’s not easy being green, but Target is responding to the challenge. Late last month, the big box retailer unveiled a sweeping new approach to its chemical strategy, promising increased transparency and healthier, more natural products and operations.

Target’s commitment to greener retail goes beyond similar campaigns spearheaded by its rivals. It has pledged to list all ingredients in all owned and national brand products by 2020; will formulate beauty, baby care, personal care and household cleaning products without phthalates, propylparaben, butyl-paraben, formaldehyde, formaldehyde-donors or nonylphenol ethoxylates by the same time; will produce textiles without adding perfluorinated chemicals or flame retardants that are potential carcinogens or pose harm to guests, workers or communities by 2022; and will leverage its size and scale to work with vendors make both products and operations greener. Target also said it expects to invest up to $5 million in green chemistry innovation by 2022.

While “natural” products have been around for a while — and niche brands in particular are seizing on consumer interest in the natural trend — groups that have pressed for increased disclosure of chemical additives and decreased use of toxins in products praised Target’s move as something of a game-changer.

Target’s move is an even more vital shot across the bow in an era
when consumers are better informed about chemicals and their effects on
humans, especially on child development, Schade added.

There is a good reason why so many chemicals go into many household and personal care products and clothing: To make those items easier to use, more palatable or even more effective. Chemicals help lotions feel and smell better, for example, or extend their shelf life or (when it comes to clothing) enable them to retain their colors or even make them less flammable.

This “better living through chemistry” philosophy has also meant that consumers in developed countries are exposed to many more chemicals in more instances than people in previous generations — to the point where many physicians advise limiting exposure to them. Consumers are increasingly aware of the problem, which has boosted the fortunes of brands like The Honest Co., a Target bestseller that last year attracted the interest of consumer products giant Unilever. (Unilever ending up buying chem-free household product company Seventh Generation instead.)

But regulation of ingredients is tricky, because the federal government doesn’t limit them until harm has been demonstrated by a preponderance of studies or by some kind of health event. That means that shoppers are often left to decide on their own whether chemical ingredients are safe enough in the meantime, and their information can come from a variety of sources, some more reliable than others.

The truth is that without many of the chemicals on Target’s list, it can be hard to maintain a product’s appeal or effectiveness — a conundrum demonstrated by Honest Co.’s struggles. The consumer goods company, which promises “safe and effective products for family and home,” faced complaints from consumers that its sunscreen allowed severe sunburns and from advocates that its laundry detergent contains a chemical that the company said it doesn’t contain (and that co-founder Jessica Alba has told people is a toxin to avoid).

More generally, it can be difficult for consumers to know what chemicals that many products like fragrances contain in the first place. Some chemicals sound bad and are pretty innocuous or even essential (heard of “oxidane”? It’s also known as “water”), while others leveraged for good (like flame retardants) cause health problems that overshadow their intended value.

But even if consumers can’t always sort all of this out, trends favor companies that eschew scary-sounding additives, according to experts from professional services network PwC, who didn’t speak on Target’s move per se but addressed the landscape in general.

At the moment, consumer pressure is mostly focused on chemicals in
their food, and shoppers may be more tolerant of, say, brown spots on
fruit they know is organic, or textures in nutrition bars they deem well
formulated and free of additives. But so far there’s less patience when
it comes to consumer products, according to Steve Barr, PwC Consumer
Markets leader.

That’s likely the impetus behind Target’s $5 million investment in “green chemistry innovation,” another way for the retailer to maintain the favor it enjoys among higher-income consumers. It’s a move that echoes the retailer’s “cheap chic” approach — i.e., differentiating its merchandise so that it can avoid promising the lowest prices (as rival Wal-Mart does). That differentiation is something the company needs, considering its faltering sales, and the truth of the matter, which it learned long ago, is that it won’t win on price alone.

But Target Chief Sustainability Officer Jennifer Silberman said the company fully expects other retailers and consumer product makers to respond with similar chemical transparency pledges, and suggested that “achieving industry alignment around what makes a sustainable and better-for-you product” is in fact a major part of the endeavor.

Target expects the floodgates to open, and that its so-called “laggard” rivals will get up to speed sooner rather than later.