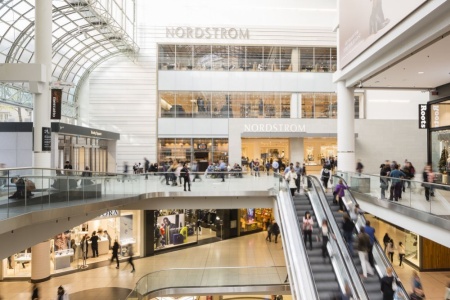 Nordstrom is readying to shake up New York retail. The legendary Seattle-based store, known for its footwear offerings, will be opening the doors to its first-ever full-line store in the city and its first stand-alone men’s store in April.

To introduce consumers to the store, it is launching “Looking Forward,” a national and regional advertising campaign to promote the store’s debut. The campaign, led by Olivia Kim, Nordstrom VP of creative projects and Partners & Spade, expresses the store’s approach to inspiring customers through the discovery of new fashion and experiences.

To further connect with consumers, nine Nordstrom employees are featured in the campaign’s imagery to help bring the taglines to life. Employees include salespeople, a tailor, and Cailin Caro, the manager of the New York men’s store. Five models are also featured.

The campaign will consist of eight print outlets, including the New York Times T Magazine, GQ, the WSJ. Magazine, digital, social media, and out-of-home, such as a teaser wrap on the store facade and Columbus Circle subway station takeover, as well as Nordstrom.com and the Nordstrom catalog.