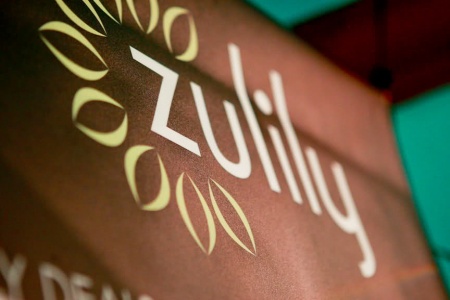 In a lab contained within his computer screen, eBags CEO Mike Edwards searches technology from more than 136,000 companies. Just a year into joining the Greenwood Village online retailer, he has tested a dozen and implemented eight.

Stores of all sizes are investing in research and development of their own in order to compete with every retailer’s largest competitor, Amazon, which opened its first facility in Colorado in June. But even in R&D, it’s difficult to compete with Amazon, which spent a whopping $12.5 billion just last year. That’s more than the annual sales of Barnes & Noble, Williams-Sonoma and Pier 1 Imports combined.

But in the spring, Target partnered with Boulder’s Techstars on a business accelerator to groom technology startups. Toys R Us hired its first chief technology officer in May. And last month, Macy’s began testing “Macy’s on Call,” an artificial-intelligence system that uses IBM Watson to answer customers questions on a smartphone and learn from the experience to offer better answers.

8 TECHNOLOGIES EBAGS ADOPTED AND WHY, ACCORDING TO CEO MIKE EDWARDS

2.    Brandlock – Blocks browser malware/adware that directs shoppers to another site. “We initially measured a 3 percent conversion uplift that with recent optimizations has jumped to 10 percent in the last month”

3.    TurnTo – Asks customers who buy an item why they bought it. That feedback can be added to the product page for other shoppers to peruse. “We know 30 percent-plus of our customers engage with this feature.”

4.    Fanplayr – Provides targeted and personalized promotions throughout the site.

5.    Thrive – Deal sites give shoppers a discount, but for retailers, that means they sell an item for less and pay the coupon site a commission. Thrive putscoupons right on eBags new promo page, so it needn’t pay deal sites a commission. “We have seen an uplift of 14 percent for coupon conversion (sales) coming from paid keyword searches on Google and Bing. We have also seen over 50 percent increase in search clicks for organic (non-paid) search terms.”

6.    PCSSO – When an item is out of stock, this suggests a similar looking item.

7.    Phrasetech –Adding more information about a product is helpful to shoppers, but that means an employee is researching and typing it in. This technology automates the process using data science to check for matching product sources with fresher information.

8.    Twyst – Adding smartness to bags, Twyst hardware uses RFID tags and a mobile app to identify what a customer puts in a shopping bag, or alerts a consumer when they left their wallet at home.  Ebags and Twyst are currently running a Kickstarter funding campaign.

In recent months, eBags.com tapped PCSSO, which suggests similar items if a product is out of stock. It rolled out technology from Thrive Commerce, which keeps coupon-code hunting shoppers on the site with its own deals page. And it added Yottaa, which improves the site for mobile devices. It’s currently supporting aKickstarter campaign for Twyst, which is building a smart bag that pings the owner’s smartphone if he walks out of a Starbucks leaving his keys on the table.

Results so far? “We believe we have increased conversion and sales by 15 percent to 25 percent through these technologies,” said Edwards, who is working with Denver-based Iterate.ai to hunt for new tech.

Traditional retailers are continuing to fight for their life. Sports Authority didn’t make it and is near the end of closing 460 stores. From January to June this year, 750 stores have closed, which is up 27.5 percent from last year, according to Discern Investment Analytics, a retail consultant.

“Retailers are resorting to a few strategies to compete more effectively against Amazon,” Discern managing director Richard Church said. Those include tackling how shoppers switch between devices and physical locations, like mobile versus computer or home versus store — the omnichannel experience.

“The trend has become clear over the last several years — consumers are more price sensitive, if they don’t order online they are comfortable going to off-price channels for the same brands. Stores are once again reverting to smaller boxes and away from the large box, large chains are experimenting with new formats as a result, i.e.,Target small box, Macy’s Backstage and Whole Foods 365 to name a few,” Church said.