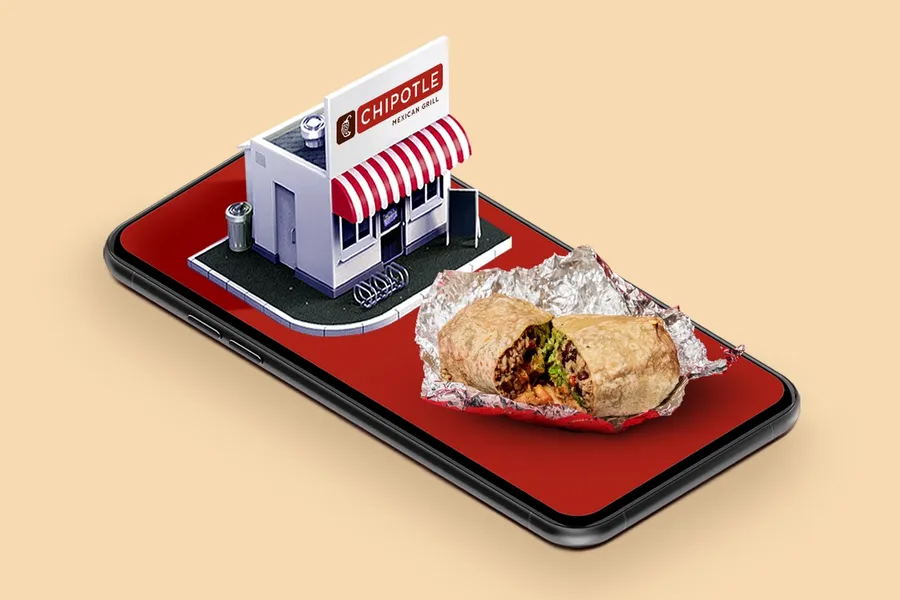 A team member from one of Chipotle’s partner agencies was at a Charli XCX concert in New York on a Friday evening when a notification popped on screen that made her drop everything. It wasn’t an email from her boss, but a message from BeReal.

The social media app, which asks users to post images at a random time of the day, did just that—but from Chipotle’s account. With only two minutes (the amount of time BeReal gives everyone to post post-prompt) and no Chipotle location in sight, she snapped a pic of a company promo code on her friend’s phone.

For real: And so it goes on BeReal, dubbed “Gen Z’s new favorite platform.” Downloads have exploded this year—with 7.5+ million through 2022 so far, according to TechCrunch, making up almost 75% of the app’s total downloads period. (It was founded in 2019.)

As its name suggests, BeReal essentially promotes a “be yourself” mantra and filter-free reality. So what’s a company doing on there?

Well, in Chipotle’s case, Gen Z and millennials make up half of its consumer base, so the chain figured it would give the app a try. Chipotle’s first campaign focused on boosting its profile: It posted a reusable promo code where the first 100 people who used it would get a free entrée.

“The response was incredible the first day,” Candice Beck, Chipotle’s director of social and influencer, told Retail Brew. “All of our codes were gone in about 30 minutes, because it was new. And we’re still gaining followers. We just told people, and then every day after that, it was under a minute.”

Beck admitted that the random nature of BeReal makes it difficult to plan for the platform. But Katherine Black, partner in the consumer practice at Kearney, said that Chipotle’s promo code campaign is a “smart way to test” the app.

“They’re putting something out there [that] they can directly measure,” Black said, and “see how quickly consumers take advantage of it.”

Chipotle is still experimenting with BeReal, Beck explained, focusing on brainstorming ideas that align with BeReal’s ethos of transparency. “Do we feature restaurant crew members?” she noted. “Or what’s the next phase that’s exciting for our followers and gives people a look behind the curtain?”

That “storytelling” approach—focused on employees—is one that Truett Horne, managing director at Alvarez & Marsal’s consumer and retail group, believes is more likely to land on BeReal. So does Kearney’s Black.

“Your day-to-day employee is someone that most people can relate to, and we’ve seen that even on other platforms recently, where employees being the star of the show really grabs attention,” she said. “It does have a certain level of authenticity because it makes you feel like, ‘Okay, if I go into that store, those people like to work there. It’s going to be fun, it’s going to be an interesting experience.’”

Now, let’s…be real: It’s still early days for marketing on BeReal. But both Black and Horne think more retailers might try their fast-posting hands at the app.

The first but not the last: Either way, the point seems to be to test it while the stakes are low (so there isn’t much lost if things fizzle as they did with apps like Clubhouse).

“It’s very clear that time after time, the earlier you are on a certain platform as a brand, the more success you’ll have on it,” Horne said. “If nothing else, it’s a very low-risk way to test and just see what customers engage with their content, and frankly, what it does for your brand.”

Chipotle seems to be on the same wavelength. “New apps always have the potential to get big,” Beck said. “We are going to prioritize it in terms of places to play and test new content just in the same way we did with TikTok a few years ago.”