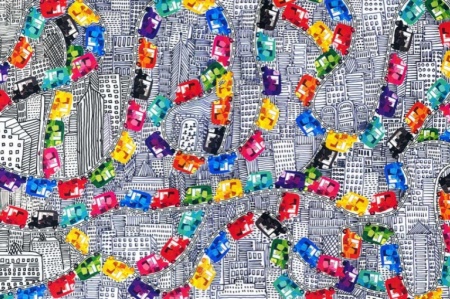 When Amazon decided to enter the Indian e-commerce market, it was clear from the outset that something would have to give. That something was the very business model that had made Amazon an internet powerhouse in the U.S.

Amazon.com debuted as an online bookstore in 1994. Founder Jeff Bezos’s initial business model was fairly simple: Source a single product type from wholesalers and publishers and sell it directly to consumers on the then fledgling internet. Thanks to Bezos’s vision and a highly successful, user-friendly website, by 1997 Amazon.com was the first online retailer to boast one million customers. As the company added more titles and expanded its product line, it developed an ecosystem rooted in the wholesale purchase of goods; huge, strategically located fulfillment centers; and contracts with national and regional carriers who shipped its products throughout the U.S. and to other countries.

A decade into the new millennium, India, with its billion-plus people and largely untapped e-commerce market, beckoned. The country posed a classic case of good news, bad news. The good news included a very young populace — more than 65% under age 35 — rising levels of disposable income, and ubiquitous cell phone ownership (80% of the population, by one estimate).

The bad news: 67% of the population lives in rural areas characterized by an underdeveloped infrastructure. Only about 35% of India’s population is connected to the internet. Cash, not credit cards or checking accounts, is still the rule. And, determined to protect its own, India enacted a rigid FDI policy restricting foreign multibrand retailers from selling directly to consumers online. That meant any venture would basically be a third-party seller for Indian-made products.

Challenges, possibly even hurdles, for Amazon, but not insurmountable ones — they just required an innovative business model, beginning with finding products to sell.

There is no shortage of goods produced by Indians, but most vendors in the country are small. Three years ago, relatively few retailers there sold their products online because they believed e-commerce to be too complex and time consuming. And India’s cash economy did not facilitate online transactions.

To respond to these challenges, after launching its Indian website in 2013, Amazon developed a program to recruit an army of suppliers and convince them it was a trustworthy partner that could help them increase the market for their products. Amazon wheeled out a program called Amazon Chai Cart: mobile tea carts that navigated city streets, serving refreshments to small-business owners while teaching them the virtues of e-commerce. The Chai Cart team reportedly traveled more than 9,400 miles across 31 cities and engaged with more than 10,000 sellers. To help these sellers get online quickly and address their objections to e-commerce, last year Amazon created Amazon Tatkal, a self-described “studio on wheels” that provides a suite of launch services, such as registration, imaging, cataloging, and sales training.

But Amazon also had to adapt delivery and fulfillment. In the U.S., Amazon uses a centralized shipping platform, which it calls Fulfillment by Amazon (FBA), to store and distribute the products it sells. Sellers send their goods to Amazon’s fulfillment centers and pay a fee for the corporation to store, pick, pack, and ship their wares. Amazon implemented FBA in India as well, and to date has built nearly two dozen warehouses there, the largest one in Kothur in Telangana.

The company also localized its fulfillment platform in India by introducing Easy Ship and Seller Flex. With the former, Amazon couriers pick up packaged goods from a seller’s place of business and deliver them to consumers. With the latter, vendors designate a section of their own warehouses for products to be sold on Amazon.in, and Amazon coordinates the delivery logistics. This “neighborhood” approach is convenient for sellers and has benefited Amazon by speeding up delivery of some products.

Amazon has contracts with a number of major delivery services in the country, including India Post and cargo airline Blue Dart. Last year it set up a subsidiary, Amazon Transportation Services Private Limited, to augment delivery. And it utilizes bicycle and motorbike couriers for last-mile deliveries in both urban and rural communities. But rural areas, which often are literally off the beaten path, pose special challenges.

India is liberally peppered with small shops — more than 14 million of them, the overwhelming majority smaller than 600 square feet. These so-called mom-and-pop stores typically feature high prices and limited inventories, but in many rural communities they are the only game in town. The government’s FDI restrictions are designed in part to protect these convenience-store owners. When Amazon.in debuted, many Indians feared the online behemoth would put them out of business.

Instead, Amazon has enlisted mom-and-pop store owners as partners in its delivery platform. In small villages and remote areas where few people have internet access, residents can go to their local store and use the owner’s internet connection to browse and select goods from Amazon.in. Store owners record their orders, alert customers when their products are delivered to the store, collect the cash payment, and pass along the money — minus a handling fee — to Amazon. The arrangement neatly circumvents the problem of conducting e-commerce in a cash economy. And store owners report increased sales of their own while customers are on-site.

From product to delivery, Amazon has reinvented its ecosystem to address the challenges it has faced conducting an e-commerce enterprise in India. This past June, Amazon committed another $3 billion to its India operations, demonstrating continued faith in the “huge potential of the Indian market.” Its funding and efforts are outpacing those of its competitors, including Flipkart and Snapdeal. That’s because there is a lot at stake. A recent Google/A.T. Kearney study predicts online retailing in India will expand to 175 million shoppers — three times the current number — by 2020.

E-commerce is widely expected to exceed $100 billion by that same year. Morgan Stanley Research estimates the number could rise to $137 billion. And given that mobile wallets already outnumber credit cards and are increasing in popularity, the stakes could be even higher.