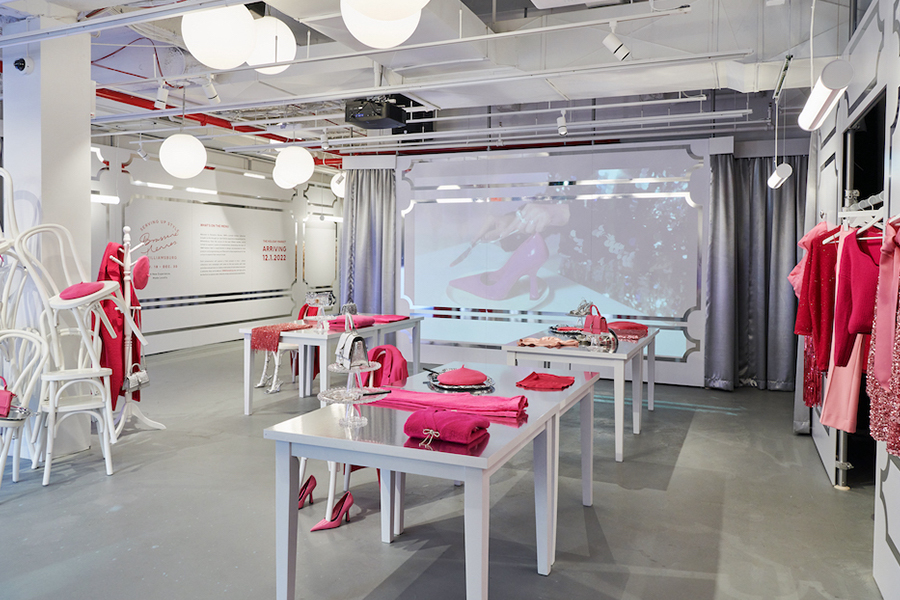 H&M (Stockholm, Sweden) has lifted the curtain on a new store design that will change with the seasons, and sometimes faster than that.

The fast-fashion brand calls it a “rotating style” concept, which has debuted in the Williamsburg neighborhood of Brooklyn, N.Y., and will remain open through January 2024.

Every four to 12 weeks, a new “chapter” will be introduced at the 7000-square-foot space. The revolving in-store themes will include fashion, visuals and experiential events featuring local partners, the retailer said in a release. “With H&M Williamsburg, we threw out the traditional store playbook to build something unexpected,” said Linda Li, Head of Customer Activation & Marketing, H&M Americas.

The first theme will commemorate H&M’s holiday campaign by featuring “Brasserie Hennes.” Inspired by a wintery French brasserie, the space will feature the retailer’s holiday collections and seasonal goods from local merchants. The theme will run from Dec. 1 to Dec. 30.

In-store tech plays a central role in the shopper experience at the new store. Widespread use of RFID allows employees to view inventory levels and size options in real time, and fitting rooms include smart mirrors that identify shoppers’ products and make personalized recommendations. Customers have the option for mobile payment from anywhere in the store.

H&M partnered with Brooklyn-based creative agency The Gathery to make the project happen.

“We’ve long known that the future of retail is in experience, so to join forces on a project like this, ultimately benefiting our community, was a no-brainer,” said Nicky Balestrieri, Co-Founder of The Gathery.