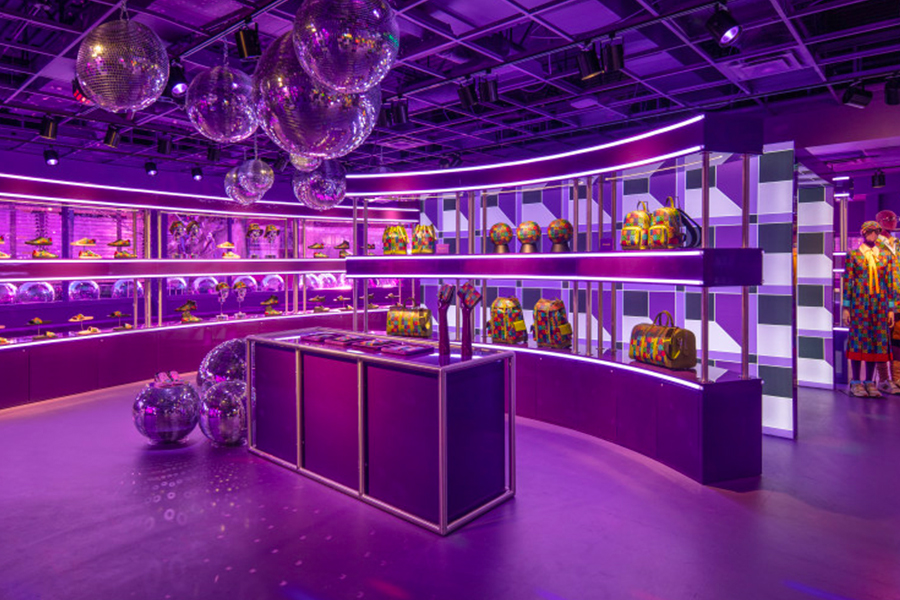 This past weekend, Gucci opened the doors to its new pop-up in Chicago for the brand’s new GG Psychedelic collection. The disco-themed temporary storefront is the third iteration in Gucci’s “Pin” pop-up series, which was inspired by the pins seen on interactive digital maps (each location will have a custom Gucci pin that’ll appear on Google Maps). Pieces from the new GG Psychedelic line, including accessories, luggage and handbags, shoes, and ready-to-wear—all of which feature the new Gucci monogram remixed by creative director Alessandro Michele—will be available at the space.

To celebrate, Gucci hosted an event, with tons of celebrities stopping by—Spike Lee, Derrick Rose, Nick Young, Fat Joe, and more. But the party wasn’t just for the new collection or pop-up. Gucci also honored the Chicago-based recipients of its new Changemakers Impact Fund: After School Matters and Braven.

The Gucci Psychedelic Pin pop-up is located at 160 N. Morgan St. in Chicago’s West Loop neighborhood, and it’ll be open until March 2, 2020.