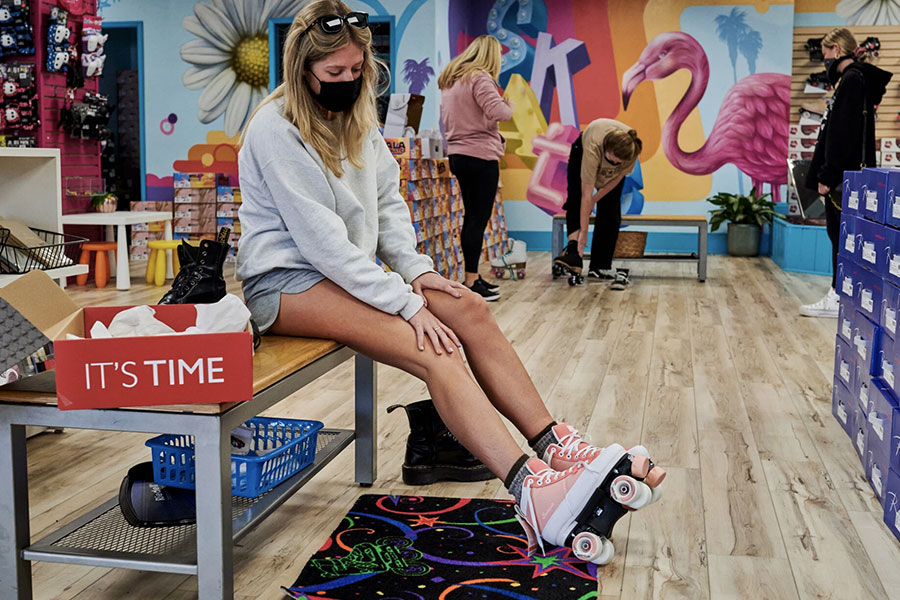 Google tried to copy Amazon’s playbook to become the shopping hub of the internet, with little success. Now it is trying something different: the anti-Amazon strategy.

Google is trying to present itself as a cheaper and less restrictive option for independent sellers. And it is focused on driving traffic to sellers’ sites, not selling its own version of products, as Amazon does.

In the last year, Google eliminated fees for merchants and allowed sellers to list their wares in its search results for free. It is also trying to make it easier for small, independent shops to upload their inventory of products to appear in search results and buy ads on Google by teaming up with Shopify, which powers online stores for 1.7 million merchants who sell directly to consumers.

But like Google’s many attempts during its two-decade quest to compete with Amazon, this one shows little sign of working. Google has nothing as alluring as the $295 billion that passed through Amazon’s third-party marketplace in 2020. The amount of goods people buy on Google is “very small” by comparison — probably around $1 billion, said Juozas Kaziukenas, the founder of Marketplace Pulse, a research company.

Amazon is a fixture in the lives of many Americans. It has usurped Google as the starting point for shoppers and has become equally essential for marketers. Amazon’s global advertising business grew 30 percent to $17.6 billion in 2020, trailing only Google and Facebook in the United States.

But as the pandemic has forced many stores to go online, it has created a new opening for Google to woo sellers who feel uneasy about building their businesses on Amazon.

She got lucky. She was sitting on a huge supply of skates when demand surged as skating videos became popular on TikTok during the pandemic.

She linked her Shopify account to Google’s retail software and started buying so-called smart shopping ads. Working within an allotted budget, Google’s algorithms pick where to place ads and what products to feature. In 2020, she spent $1,800 on the ads, which were viewed 3.6 million times and led to $247,000 in sales, she said.

She considered selling her products on Amazon’s marketplace, but she worried what Amazon’s fees would mean for her already-thin profit margins. She also liked that Google redirected people to her carefully curated website rather than keeping them inside its own store, as Amazon does.

“I could sell on Amazon and not make any real money but have a bigger online presence,” Ms. Stang said. “It didn’t seem like a great idea.”

Recently, however, she has experienced one of the drawbacks of being stuck in the middle of the partnership between Google and Shopify. Her shop has been unable to list any products since January because Google suspended her account. It said her shipping costs appeared more expensive on Google than on her Shopify-powered website, even though they were no different.

Shopify told her that it was a Google issue. Google’s customer service representatives recommended that she hire a web designer. She continues to manage without Google, but it has tainted her largely positive experience.

“This has completely cut me off at the knees,” she said. “I’m a small business, and I don’t have hundreds or thousands of dollars to resolve this.”

Sellers often complain about Amazon’s fees, which can account for a quarter of every sale, not including the cost of advertising, and the pressure to spend more to succeed. Merchants on Amazon do not have a direct relationship with their customers, limiting their ability to communicate with them and to generate future business. And because everything is contained within the Amazon world, it is harder to create a unique look and feel that express a brand’s identity the way companies can on their own websites.

But since 2002, when it started a price comparison site called Froogle, a confusing play on the word “frugal” that required a rebranding five years later, Google has struggled to chart a cohesive vision for its shopping experience.

It tried to challenge Amazon directly by piloting its own same-day delivery service, but it shuttered the project as costs ballooned. It tried to forge partnerships with traditional retail giants, only to see the alliances wilt from a lack of sales. It built its own marketplace to make it easier for shoppers to buy the things they find on Google, but was not able to break consumers from their Amazon habit.

Last year, Google brought in Bill Ready, a former chief operating officer at PayPal, to fill a new senior position and spearhead an overhaul of its shopping strategy.

Around the time of his hiring, Sundar Pichai, Google’s chief executive, warned senior executives that the new approach could mean a short-term crimp in advertising revenue, according to two people familiar with the conversations, who requested anonymity because they were not allowed to discuss them publicly. He asked teams to support the e-commerce push because it was a company priority.

When the pandemic spurred huge demand for online shopping, Google eliminated fees, allowing retailers to list products for free and walking back a 2012 decision to allow only advertisers to display goods on its shopping site.

Three months after hiring Mr. Ready, Google said the free listings would show up on its main search results. Then Google said customers could buy products directly from merchants on Google with no commissions. It also said Google would open its platform to third parties like Shopify and PayPal so that sellers could continue to use their existing tools to manage inventory and orders and to process payments.

The partnership with Shopify was especially meaningful because hundreds of thousands of small businesses have flocked to the software platform during the pandemic. About 9 percent of U.S. online shopping sales took place on storefronts powered by Shopify as of October, according to research firm eMarketer. That was up from 6 percent the prior year and second only to Amazon’s share of 37 percent.

Harley Finkelstein, Shopify’s president, said Google and Shopify were developing new ways for merchants to sell through Google services, such as experiments to allow customers to buy items directly on YouTube and to display what products stores are carrying in Google Maps.

Mr. Ready walked a fine line when it came to Amazon, which is a big buyer of ads on Google, but he made it clear he believed Amazon’s dominance in e-commerce posed a threat to other merchants.

“Nobody wants to live in a world where there is only one place to buy something, and retailers don’t want to be dependent on gatekeepers,” he said in an interview.

Google said it had increased the number of sellers appearing in its results by 80 percent in 2020, with the most significant growth coming from small and midsize businesses. And existing retailers are listing more products.

Overstock.com, a seller of discount furniture and home bedding, said it had paid to list products on Google in the past. But now that listings are free, Overstock is adding low-margin products, too.

“When all shopping starts and stops at Amazon, that’s bad for the industry,” said Jonathan E. Johnson, Overstock’s chief executive. “It’s nice to have another 800-pound tech gorilla in this space.”

What remains unclear is whether increasing the number of merchants and listings on Google will ultimately change online shopping habits.

BACtrack, a maker of breathalyzers, has more than doubled its advertising spending on Amazon in the last two years because that is where the customers are, it said, while it has spent 6 percent less advertising its products on Google.

“It seems like more and more people are skipping Google and going straight to Amazon,” said Keith Nothacker, the chief executive of BACtrack.