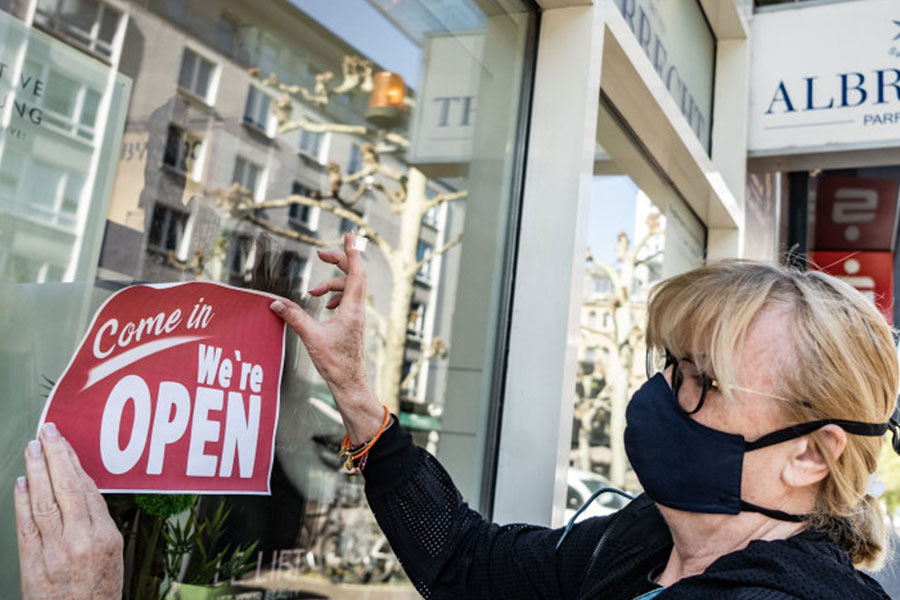 Despite the easing of coronavirus lockdown measures in the country, Germans are seemingly reluctant to rush back to stores.

Instead of seeking out ways to make the most of deals on goods, Moore explained that people were now more defensively minded because of the uncertainty created by the pandemic.

On Monday, Germany allowed smaller retailers of under 800 square meters to re-open, as long as they abided by social distancing and hygiene measures. There have been 153,129 confirmed cases of the coronavirus in Germany and 5,575 deaths, according to latest data from Johns Hopkins University.

In a Reuters report, Stefan Stukenborg, head of an Ikea branch on the outskirts of Cologne, said his store’s re-opening “was very relaxed, there were no lines, there were no crowds.”

Stefan Genth, CEO of the German retail federation Handelverband Deutschland, suggested this was likely to be the case for some time as consumer sentiment was at an “all-time low,” according to the translation of a statement published Wednesday.

He said this was partly down to uncertainty in the jobs market, prompting people to be more frugal with spending.

However, he also said guidelines about reducing the size of sales areas with barriers, for example, were inconsistent as they varied from state to state in Germany, which “unsettles” customers.

Italy, which has been the epicenter of Europe’s pandemic, also allowed some of its smaller retailers to re-open this week but store owners told CNBC that they didn’t expect business to be same as before Covid-19.

Despite the official easing of restrictions by some governments, Moore said that people would really be looking for “social proof” that others are returning to shops en masse before doing so themselves.

He explained that this was because people relied much more on gut instinct and emotion to determine decisions in a time of uncertainty.

The part of the brain that deals with numbers, facts and figures, which brands typically appeal to, is about a quarter of the size of the part responding to emotions, Moore pointed out.

“We’re much more non-conscious, emotional creatures than what we give ourselves credit for,” he said, citing research from a Harvard professor who found that 95% of our purchasing decisions occur in the subconscious mind.

Cathrine Jansson-Boyd, who lectures on consumer psychology at Anglia Ruskin University, said that consumer behavior wouldn’t return to normal until people felt the threat of the virus had gone away.

She said the messages of social distancing, such as limiting the touching of surfaces and objects, were so engrained in people’s minds that it was still affecting consumer behavior.

British supermarket Asda has gone as far as to tell consumers to “pick up only what you intend to buy” when in its stores.

This results in cognitive dissonance, she said, which is the mismatch between thoughts, feelings and actions causing stress and discomfort.

DTC brand sales soar in a time of social distancing