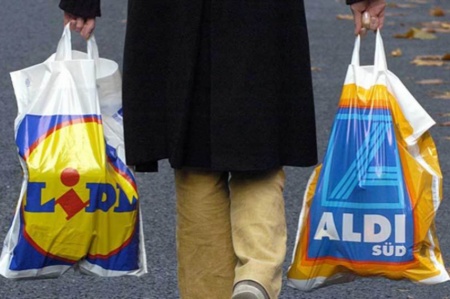 The brick-and-mortar retail giant’s online efforts have nothing if not room to grow: Wal-Mart increased its e-commerce sales just 0.4% in its most recent quarter, with online sales representing just 3.1% of its total revenue, according to eMarketer data supplied to Retail Dive. By comparison, arch-nemesis Amazon generated $32.7 billion in e-commerce sales during the third quarter, up 29% year over year.

Wal-Mart is responding by integrating Jet’s signature “smart basket” dynamic pricing technology into its flagship Walmart.com site and shifting the emphasis of its $11 billion capital investment strategy to digital sales, slowing previously planned physical store openings as a result. Moody’s Investor Service, for one, expressed confidence in the approach.

For many analysts, the beauty of Wal-Mart’s expensive e-commerce strategy is that it acknowledges how formidable Amazon is.

But e-commerce may not be Wal-Mart’s only weakness.Redoubled competition from no-frills grocery companies hailing from Germany — fast-growing Aldi and sibling Trader Joe’s, and U.S. newcomer Lidl — pose a dramatic threat to Wal-Mart’s grocery sales, which account for more than half of its revenues.

Lidl, part of the Schwarz Group retail conglomerate (Europe’s largest retailer, and one of the largest in the world), operates nearly 10,000 stores in 26 countries throughout Europe. It established its U.S. headquartersin Arlington County, VA last year; a Lidl U.S. spokesperson told Retail Dive that while the grocer hasn’t yet determined how many stores it will ultimately open nationwide, its focus is on the East Coast, from New Jersey and Pennsylvania down to Georgia. Lidl’s first stores, with their preferred store footprint of 36,000 square feet, will open by 2018, the spokesperson added.

Aldi was founded in 1946 by brothers Karl and Theo Albrecht, and 15 years later split into into two companies, Aldi Nord and Aldi Süd, each operating independently within designated areas of Europe. Aldi has followed a similar approach since expanding to the U.S. in 1973, with Aldi Süd running Aldi’s nearly 1,600 stores across 34 states while Aldi Nord oversees more than 450 Trader Joe’s stores after acquiring the similarly low-key California retailer in 1979.

Aldi is in the midst of what it calls an accelerated expansion plan that will expand its U.S. footprint to nearly 2,000 stores by the end of 2018, an increase of almost 50% in five years. Trader Joe’s is especially tight-lipped about new store openings and didn’t respond to a request for comment, but runs a web page to invite recommendations about where to establish new stores, and another page features a slew of new store announcements.)

Both Lidl and Aldi run their stores with limited merchandising and bottom-barrel prices, an approach that defies the common notion that the U.S. consumer wants choice. For example, you may only find one type of peanut butter in their stores, offered in just one size, and it’ll be a store-label unbrand at that. But their prices are as much as a third lower than many rivals. Moreover, Lidl also sells merchandise like apparel and home goods, further boosting its consumer appeal.

Aldi and Trader Joe’s have been attracting loyal customers in the U.S. regions where they operate, andas Lidl readies its entry into the United States, many observers are wondering what its arrival means for the future of the grocery category. Experts repeatedly told Retail Dive to look at Britain’s grocery wars to understand the devastation that could be wrought by Aldi and Lidl: To compete with those chains, Wal-Mart’s Asda U.K. grocery unit and rival supermarkets Sainsbury, Tesco and Morrisons have been slashing prices to neutralize the German threat.

But Wal-Mart continues to underestimate Aldi’s and Lidl’s appeal to its own customers, experts maintain.

That makes Lidl particularly worrisome for Wal-Mart, especially since its stores are likely to be located within close physical proximity of Wal-Mart locations in the U.S., says SiteWorks’ Egelanian.

So while Amazon remains a supremely formidable threat to its future (especially given its own grocery aspirations), Wal-Mart can no longer ignore the danger coming from across the Atlantic, and must dig in its heels to survive.