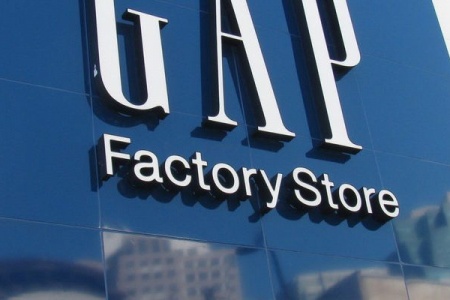 The competition coming from the righthand side of this chart (the data comes courtesy of a note Credit Suisse sent to clients in January) is a big reason why Gap’s earnings fell by a third last quarter—and why there’s some very understandable skepticism that CEO Art Peck can get the Gap family of brands, including Old Navy and Banana Republic, back on track.

Compared to Gap and other US retailing mainstays like Abercrombie & Fitch, both H&M and Zara are frequently less expensive. They also offer more fashionable looks—often taking their ideas straight from designer runways—and they’re far more nimble in terms of their production capabilities.

Zara, recently hailed (paywall) by the investment firm Bernstein as having “the best business model in apparel,” can design, produce, and deliver a new style in as little as five weeks, and replenish an existing style that’s selling well in just two. This ability means Zara can make less clothing in advance and fill stores according to demand, whereas Gap can be left with racks of unsold goods it bought all at the start of a season.

Gap is feeling so much pressure from fast fashion that it’s finally trying to follow suit. Peck announced in August that the company would test a new fast-fashion buying model that could help Gap get its products to market more quickly. But as retail experts have noted, this would solve only one problem. Gap still would probably also need to lower prices and make more stylish clothing—or it could stick to basics, but then it has to contend with Uniqlo, which has nearly pulled even with Gap in global sales.