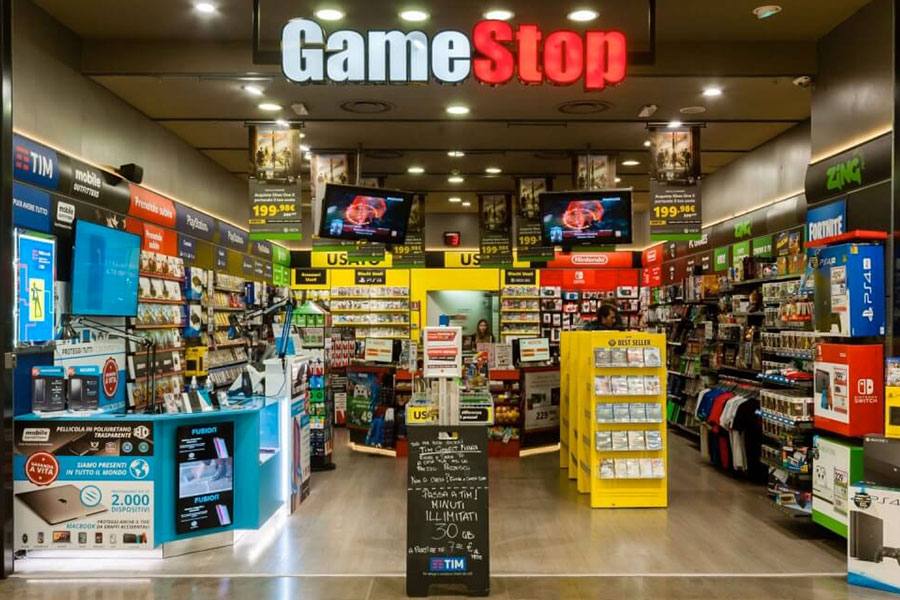 Now the gaming retailer is working to turn things around: Along with the earnings report, it outlined changes aimed at transforming itself into “a customer-obsessed technology company that delights gamers,” its CEO said Tuesday on a call with investors.
GameStop (GME) reported net sales of $2.1 billion during the quarter, down 3% from the same period in the prior year and slightly below the $2.2 billion Wall Street analysts had expected, according to Refinitiv. Net income from the quarter hit $80.5 million, or $1.19 per diluted share — well below analysts’ projections but a significant improvement from the $21 million in net income it earned during its fiscal fourth quarter last year. For the full year 2020, GameStop posted a net loss of more than $215 million.
One bright spot: The gaming retailer’s global e-commerce sales increased 175%, representing 34% of the company’s total net revenue during the quarter. During the same period last year, e-commerce made up just 12% of total sales.
That bodes well for the company’s effort to transition to relying more on online sales, a move that’s especially important given that it closed a net 693 stores during 2020. It now has 4,816 stores globally.
“Our emphasis in 2021 will be on improving our e-commerce and customer experience, increasing our speed of delivery, providing superior customer service and expanding our catalogue,” CEO George Sherman said in a statement.
The company’s stock initially jumped more than 5% in after-hours trading immediately following the release, before reversing to fall more than 10%. And while corporate earnings calls are typically dry events attended mostly by analysts and reporters, GameStop’s Tuesday call hit max capacity and stopped allowing in additional listeners more than an hour before it began.
The company’s Tuesday earnings report is its first since a Reddit-fueled trading frenzy in late January took Gamestop’s stock on a rollercoaster ride — and exposed a stark divide between investors betting that the struggling retailer’s performance will worsen and those counting on a comeback.
The company’s stock quickly fell from its wild peaks during the January rally, but many investors haven’t given up. On Tuesday, GameStop shares closed down nearly 7% at $181.75, but were still more than 850% higher than where they started this year.

GameStop’s plan for the future

The earnings report also comes in the midst of an executive shakeup at GameStop that’s likely the work of Ryan Cohen, the billionaire Chewy.com founder who invested heavily in GameStop last year and joined its board in January. Many investors hope Cohen will help make the gaming retailer a more formidable competitor in the e-commerce age.
In early February, GameStop appointed Matt Francis, a former engineering leader at Amazon Web Services, as its first-ever chief technology officer to oversee “e-commerce and technology functions.” Weeks later, the company announced the resignation of Chief Financial Officer Jim Bell and said it would seek a new finance leader with the “capabilities and qualifications to help accelerate GameStop’s transformation.” And on Sunday, the company said its Chief Customer Officer Frank Hamlin will also leave the firm at the end of March, according to a notice filed with the Securities and Exchange Commission. The company announced even more leadership changes on Tuesday. It appointed Jenna Owens — previously a director and general manager for distribution and multi-channel fulfillment at Amazon (AMZN) who held senior operations roles at Google (GOOGL) and Honeywell (HON) — as its chief operating officer starting March 29. Owens could be key helping the company execute a strategy Sherman outlined Tuesday to update its US distribution network and speed delivery times.
Neda Pacifico, formerly Chewy’s vice president of e-commerce, will become GameStop’s new senior vice president of e-commerce. And Ken Suzuki, former vice president of supply chain technology at online store Zulily, was hired as GameStop’s vice president of supply chain systems.
Wedbush analysts said in a note to investors ahead of the report last week that they remain “quite optimistic” that the company will return to profitability in 2021, thanks in large part to the launches of popular new gaming consoles. Still, the analysts aren’t recommending GameStop’s stock currently because the Reddit-fueled trading activity “has spiked the share price to levels that are completely disconnected from the fundamentals of the business.”
GameStop provided no financial guidance for 2021. But Sherman used Tuesday’s call to detail a number of other strategic initiatives aimed at turning the business around in 2021. Among those efforts is a plan to establish a US-based “customer care operation,” the CEO said on the call. “We are focused on providing exceptional customer service levels across all channels regardless of where, when or how our customers shop with us,” he said. “We are accomplishing this with a technology-driven approach, along with our streamlined retail footprint.”
GameStop is also looking to expand its product offerings beyond video games and consoles by adding PC gaming products, computers, monitors, mobile gaming and gaming TVs. Such product offerings could expand the company’s addressable market by “over five times,” Sherman said.
Source: CNN Business