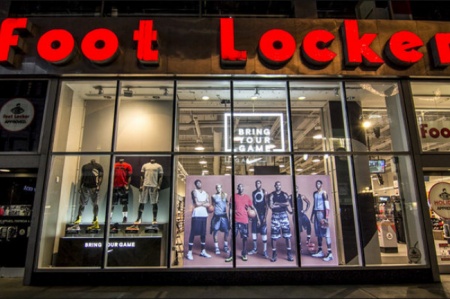 After athleisure store Citadium opened on the Champs-Elysées, another
sportswear retailer is planning to set up shop on the famous Parisian
avenue. US footwear retailer Foot Locker has in fact set it sights on
the premises at number 66, formerly home to Benetton. Real estate
consultants Savills have told FashionNetwork.com that the store is
expected to open in the third quarter 2017, as renovation work has
already started, while Foot Locker has declined to comment on the
matter.

Foot Locker’s Champs-Elysées store has a 12 m ceiling, and extends over
1,500 m2, with part of the retail area located in the basement. In such
large premises, the footwear chain could decide to replicate the new
retail concept it launched in New York last year: a 900 m2 store at 112 W
34th Street in which the products are showcased not by category but by
brand, in what is effectively a series of dedicated, individual
shop-in-shops.As the group remarked upon the publication of its
financial results last May, “expansion into Europe is our next growth
vector. We have realised that our European customers are very resilient,
and we therefore believe that footfall in this market will gradually
bounce back.” Foot Locker also indicated that in the course of 2017 it
would open flagship stores in Rome and in Turkey, with the objective of
“further improving the customer experience.” The Paris store is another
of the planned openings.As of 28th January 2017, Foot Locker
operated 3,363 stores in 23 countries. Many of them are in franchising,
with a retail area comprised between 100 and 120 m2.