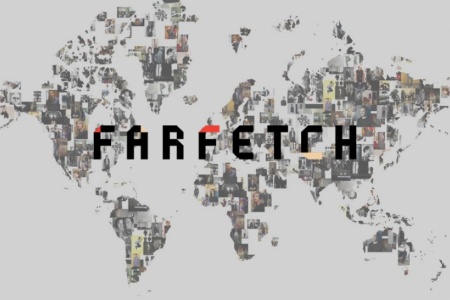 After buying London boutique Browns in 2015, Farfetch is also working on technology that allows customers to flag a wish list of items via their phones when they stroll into a store, or even tell assistants that they are not feeling chatty.

Portuguese CEO and founder Jose Neves, who previously started a shoe brand, said Farfetch is trialling such services and will start adapting them for other brands or boutiques.

“The plan is to this year start rolling out very selectively to other partners,” Neves said in an interview. “We think it’s a tremendous opportunity and it’s actually inevitable. Retail shops still operate in the 80s.”

Cartier owner Richemont last week said it would bid for full control of Farfetch’s larger rival, luxury retailer Yoox Net-A-Porter, as it tries to do more on the web.
Unlike Yoox, Farfetch does not have to stock inventory.

Online sales of high-end items such as shoes, clothing, jewellery, perfumes and handbags should rise to at least a fifth of the luxury goods market by 2025 from 8 percent in 2016, consultants McKinsey said in a report this week.

Neves did not disclose how much Farfetch was investing in technology, and declined to comment on when the firm would turn a profit or potentially float.

According to the latest available UK filings, Farfetch revenues increased by 74 percent in 2016 to 151.3 million pounds ($215 million), while net losses widened, to 34 million pounds.

Neves said in late 2016 that a flotation could be on the cards in two or three years, while investment banks have recently been pitching to work on a possible U.S. listing, two sources familiar with the matter told Reuters this week.

A fundraising round in 2016 valued the firm at around $1.5 billion. China’s second-biggest e-commerce site, JD.com, has since invested in and partnered with Farfetch.

Walmart in talks to buy minority stake in India's Flipkart