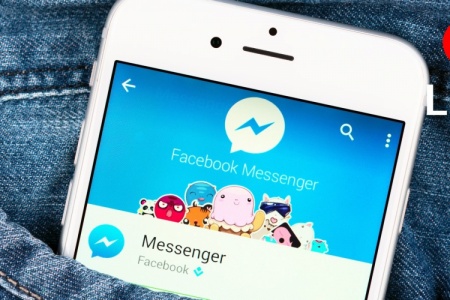 The trial service will use artificial intelligence to learn more about each shopper through their Facebook profiles and questions about what they’re seeking. EBay said ShopBot can remember details such as clothing sizes to make future online shopping easier.

Smartphone users are spending their time on fewer apps, with Facebook Messenger among the most popular. EBay wants access to as many of these people as possible, by enabling shopping through the chat service. Once a shopper finds an item by chatting with the bot or submitting a photo, they go to EBay to complete the purchase.

Bots, which are used in online retail to mimic getting help from a human customer service representative, give Facebook a way to expand beyond advertising. Other online retailers selling through Facebook Messenger include online apparel startups Spring and Everlane.

Facebook doesn’t make any money off the e-commerce transactions that take place through Messenger yet. But the company does sell ads for its News Feed that direct users to a Messenger conversation with the brand’s bot to find out more about an offering.

EBay is trying to reinvent itself in the minds of shoppers as a destination for good deals on hot products, shedding its image as an online rummage sale. Chief Executive Officer Devin Wenig has prioritized investments in artificial intelligence to make it easier for EBay shoppers to navigate the one billion listings on the site.

The test with Facebook creates a new pipeline for customer growth beyond search engines such as Alphabet Inc.’s Google. EBay had 164 million active accounts as of June 30, up 4.5 percent from a year earlier. The company is losing ground to e-commerce leader Amazon.com Inc., which lures shoppers with Prime memberships that include delivery discounts as well as music and movie streaming.

Bots are a potentially powerful future platform as time-strapped people seek to automate as many routine tasks as possible. Google and Microsoft Corp. are among companies developing new features using the technology.