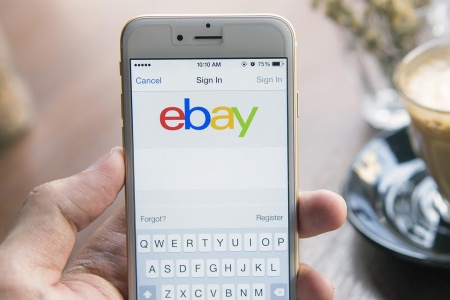 The e-commerce company has been executing its plan to offer a bigger selection of products, new brands and more small business sellers on its platform, along with getting sellers to offer detailed product data and reviews, chief executive Devin Wenig said on a conference call.

“One of the key foundational changes we’re making to our marketplace platform to drive the most relevance, is the shift to be more product-based,” he said.

For example, eBay has signed a deal with Adidas AG to open showrooms on its platform across key European markets later this year.

EBay, which spun off its main growth engine PayPal last July, has tackled slowing growth in its core business by overhauling its platform, search functions and refocusing on small-scale sellers.

The company said its gross merchandise volume, or the total value of all goods sold on its sites, rose 1 percent to $20.45 billion in the first quarter ended March 31.

The number of active buyers rose 3.8 percent to 162 million.

Much of the company’s growth also came from Stubhub, its ticket reseller subsidiary, and its classifieds business. Stubhub posted revenue of $177 million, up 34 percent from the same period last year, while classifieds grew 15 percent year-over-year with sales of $186 million.

EBay forecast current-quarter revenue of $2.14 billion to $2.19 billion and adjusted profit from continuing operations of 40-42 cents per share.

Analysts on average were expecting revenue of $2.14 billion and profit of 44 cents per share, according to Thomson Reuters.

Analysts on average had expected a profit of 45 cents per share and revenue of $2.08 billion.

Nordstrom Turns to Snapchat to Win Over Millennials

Apple Loses Its Luster in China?