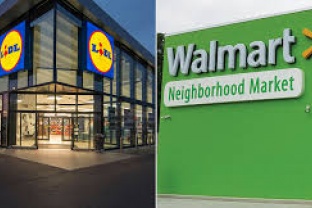 The East Coast — and in particular the Carolinas and Virginia — is becoming the new proving ground for grocery companies.

An influx of competitors, including Publix, Aldi and the forthcoming Lidl, are eager to grab a slice of what’s becoming a very profitable market. With so many stores invading an already crowded region, though, not everyone can capitalize on the opportunity. Experts expect there to be casualties — perhaps many. So who wins and who loses?

Looking at the sales data from Raleigh, it’s clear why retailers are so keen on expanding in the region. Consumer spending in markets from Charleston to Richmond is increasing, and supermarkets see longstanding players like Food Lion, Ingles and Southeastern Grocers as outdated. The region also presents a natural opportunity for regional grocers like Publix, based in Florida, and Wegmans, which is headquartered in New York, to expand.

But data shows that the number of stores converging on the East Coast will outstrip demand. The Hampton Roads region, which covers parts of southeastern Virginia and northeastern North Carolina, has seen its population increase just 3% since 2010, but has seen the number of grocery stores increase by 17%. “You might need two grocery stores,” one Virginia Beach resident recently told The Virginian-Pilot, “but not 14.”

According to a March report from Barclays, traditional grocers with low sales per square foot, like Ingles Markets and Weis Markets, are most vulnerable to new challengers.

Publix, which opened its first North Carolina store several years ago and has expanded to 24 locations in the state, offers innovative services and executes very well at the store level. The Lakeland, FL.-based chain is also expanding in Virginia, where its secured several sites.

Wegmans, meanwhile, brings to the table a store experience that shoppers affectionately call “the Disneyland of grocery stores,” while Sprouts Farmers Markets enters with attractively priced natural and organic products.

The company everyone is watching right now, Lidl, could be a major disruptor. The German discounter has grabbed significant market share in Europe over the past several years, and it brings a unique pared-down model to U.S. consumers. Its six aisles, focus on high-quality store brands, and specials on everything from lawnmowers to yoga pants could give the company a Trader Joe’s-like appeal — and the high traffic to boot. Conventional supermarkets, with their aisles and aisles of products, could suffer, but that may come down to how well Lidl is able to execute on its ambitious promise to consumers.